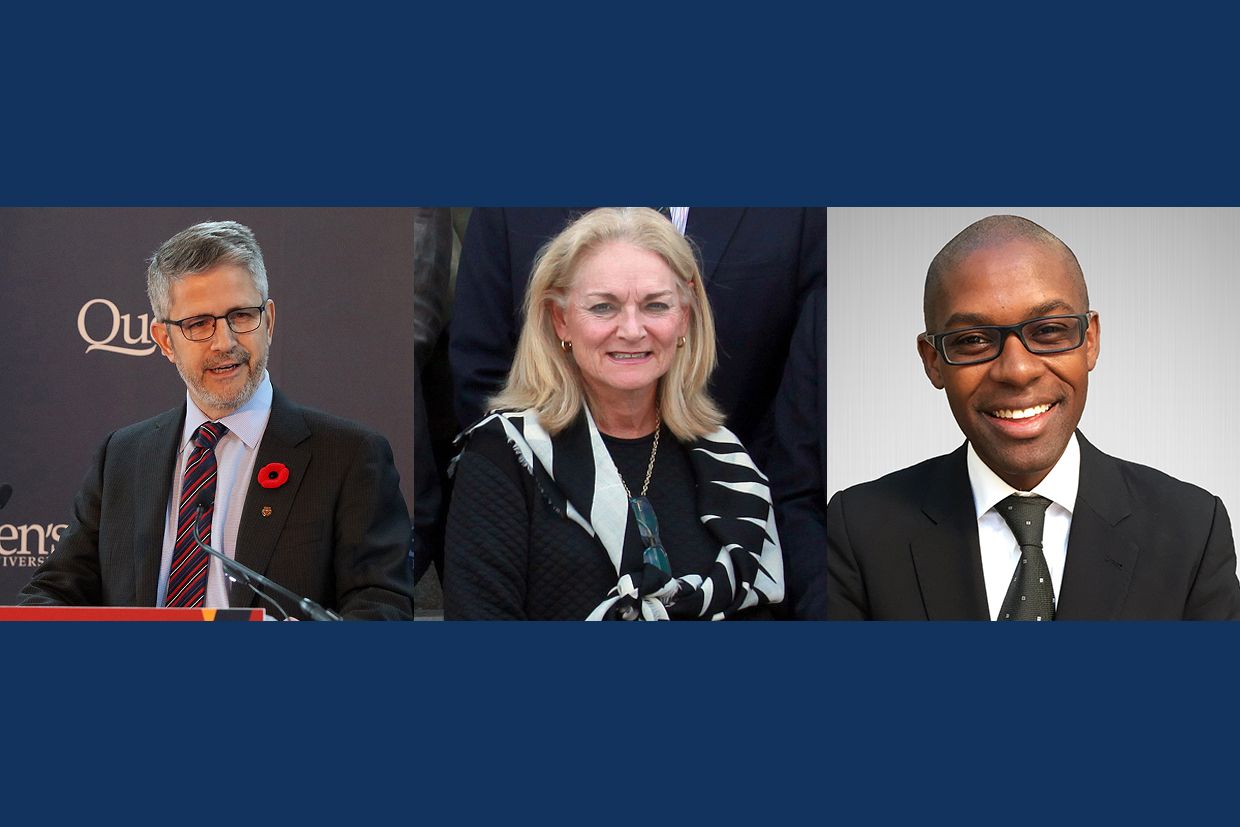 Three Alumni Honoured by Board of Trustees

The Queen’s Board of Trustees has honoured three of its former members.

All three former trustees have long histories of service and supporting the Queen’s community.

Raymond joined the board in 2008 and finished a four-year term as chair in 2020. In recent years, he played a role in helping the university increase its focus on student well-being in areas such as mental health, equity, diversity, and inclusion. Queen’s also made substantial efforts to become more environmentally friendly (which includes adopting recommendations of the Climate Change Action Taskforce).

Palk was elected to the Board of Trustees in 2002 and became chair in 2012. She also served on the Initiative Campaign Cabinet, the university’s ambitious campaign that inspired more than $640 million in donations by the time it wrapped up in 2016. She received a Distinguished Service Award from University Council which is given to people who have made Queen’s a better place.

Lynch recently received the 2020 Toronto Branch Award, the highest honour from the Queen’s Toronto Alumni Branch. His long history of volunteerism includes work on many boards, such as Sunnybrook Health Sciences Centre, Toronto Community Housing Corporation, and Toronto Symphony Orchestra. He still serves on the Queen’s Capital Assets and Finance Committee, which oversees the university’s endowment and investment funds.