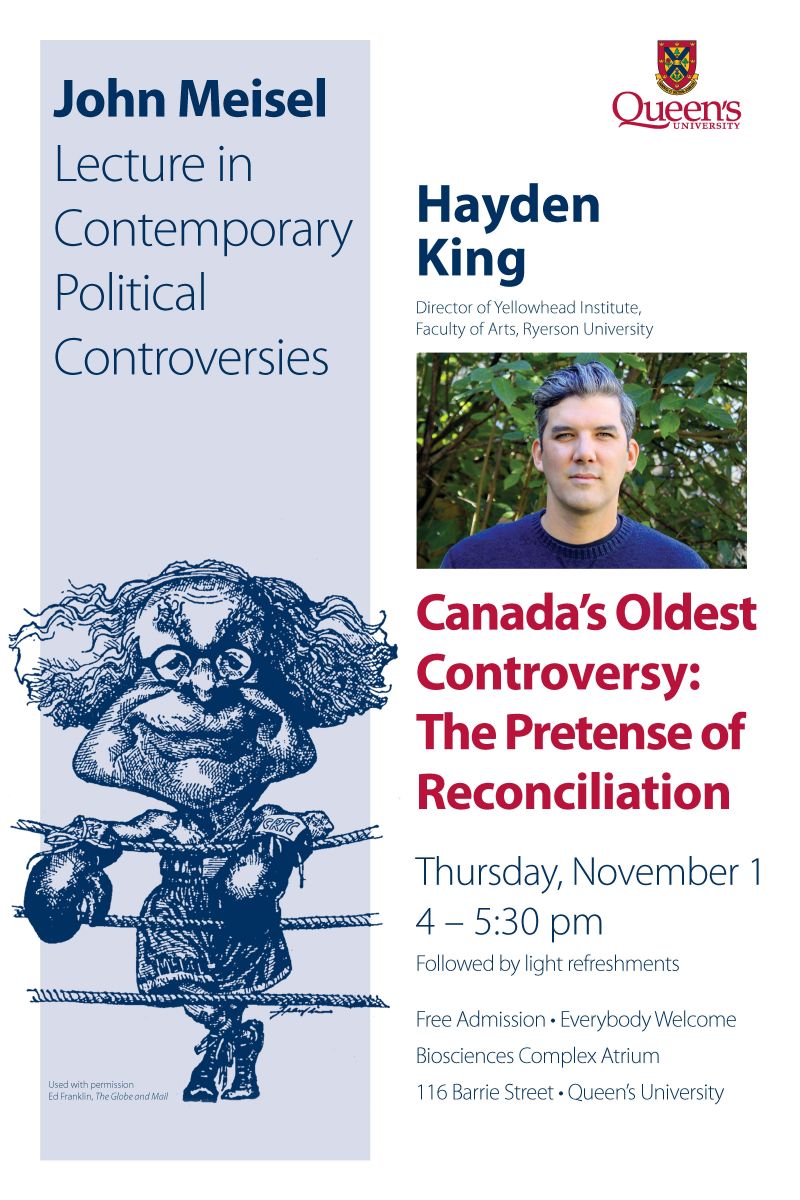 About the Lecture: Once a generation or so, Canadians reflect deeply on their relationship with Indigenous peoples. This reflection often emerges from conflict, even violence, and culminates in an inquiry, new policy, or sometimes legislative and constitutional change. Our generation's version of this transit includes the Idle No More movement, the work of the Truth and Reconciliation Commission, dramatic court decisions, and finally, predictably, intervention by a federal government. Justin Trudeau ran on an election platform of a nation-to-nation relationship with Indigenous peoples and near the end of his first mandate announced the development of a Rights, Recognition and Implementation Framework. Since then, a suite of legislation and policy has been rapidly deployed. It includes revised negotiation mandates for land claims and self-government, fiscal relations, two new ministries of Indian Affairs, and dozens of tables, working groups, MOUs, and related government initiatives. Yet, despite the remarkable pace of change in this latest era of reconciliation, it is largely designed to maintain the current articulations of the state-Indigenous relationship. Dr. King considers the trends in this stubborn politics of settler colonialism as well as Indigenous alternatives.

About the Speaker: Hayden King is Anishinaabe from Beausoleil First Nation on Gchi’mnissing in Huronia, Ontario. The Executive Director of Yellowhead Institute and Advisor to the Dean of Arts on Indigenous Education at Ryerson University, Dr. King is also an adjunct professor (research) at Carleton University and senior fellow at Massey College as well as the co-founder of the Ogimaa Mikana Project. Previously he has served as senior advisor to the Ontario Government, Chair of the First Nations Technical Institute's Public Administration program and scholar-in-residence at the Conference Board of Canada. Dr. King's analysis on the Indigenous-state relationship is published widely.