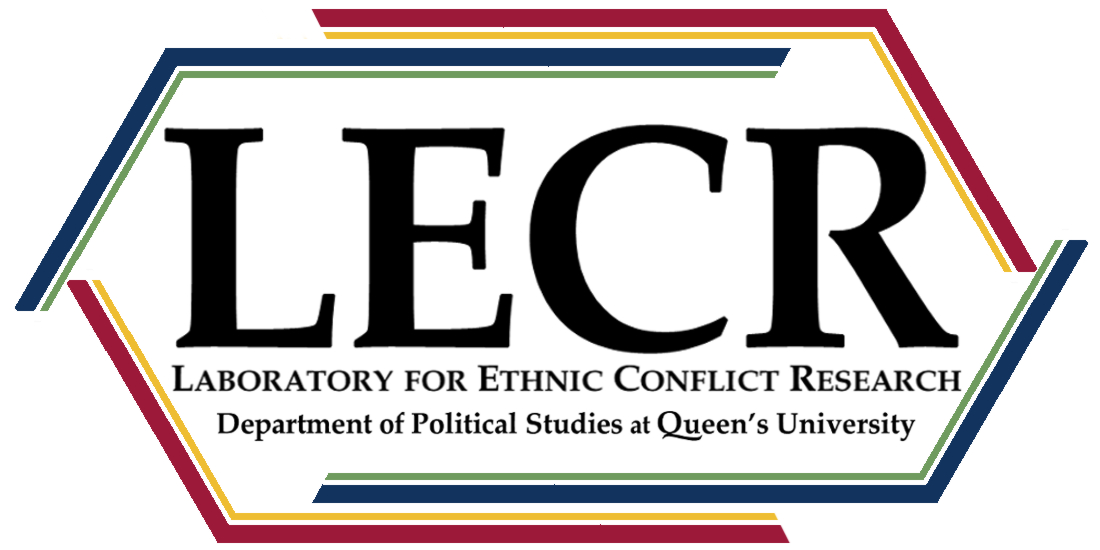 Welcome to the Laboratory for Ethnic Conflict Research

The first deals with population settlements and territorial disputes. He is investigating how the resettlement of populations from dominant groups is used as a political act to shape patterns of sovereignty in contested territories. This strategy has been used worldwide and has multiple facets, including border fortification, demographic engineering in areas populated by ethnic minorities, and psychological facets.

My second project looks at the political mobilization of ethnic and national minorities in ethnic states. I am particularly interested in identifying factors that explain variation in minority mobilization. For example, why will a minority abandon demands in the name of nationalism shortly after advancing them?

Students are an integral part of the research at the laboratory. The lab supports teaching in the field of ethnic conflict in the Department of Political Studies and provides a setting in which students can advance their research.

The LECR aims to increase research opportunities for graduate students in Political Studies. Applicants to the graduate program in the Department of Political Studies who wish to pursue their research in the LECR setting should contact the director: haklai@queensu.ca

Elizabeth Stein: Her work is on the mobilization patterns of the Jewish diaspora. She asks why the US has seen backlash organizations that counter mainstream Jewish diaspora organizations on support for Israel but France has not, and Canada has seen some but to a much smaller extent than the US.

Rida Abu Rass: His work is on Palestinian political organizations in Israel in its pre-1967 boundaries. His research examines what prevents organizational convergence from materializing even though rationalist explanations would expect convergence to achieve shared objectives.

Lilian Estafanous: Her research is on the Coptic diaspora in the US and Canada. Lilian's work examines how they organize and mobilize and to what ends in light of their marginalization in Egypt. She synthesizes theories from diaspora politics and social movements theories.

Emily Jureta: Emily researches the politics of population resettlements by Turkey in Northern Cyprus, seeking to explain how they have been used to alter the trajectory of the Cyprus conflict.

Sofia Caal Lam: Sofia is researching the integration of "green stories" into national narratives. In what way do national communities use environmentally friendly stories to bolster their narratives about themselves.

Adam Green: Adam's work examines symbolic politics in divided societies. His MRP is interested is seeing how public space and landscapes are shaped in a way that signals ideas about identities and appeals to national sentiments, thereby potentially exacerbating communal conflict.