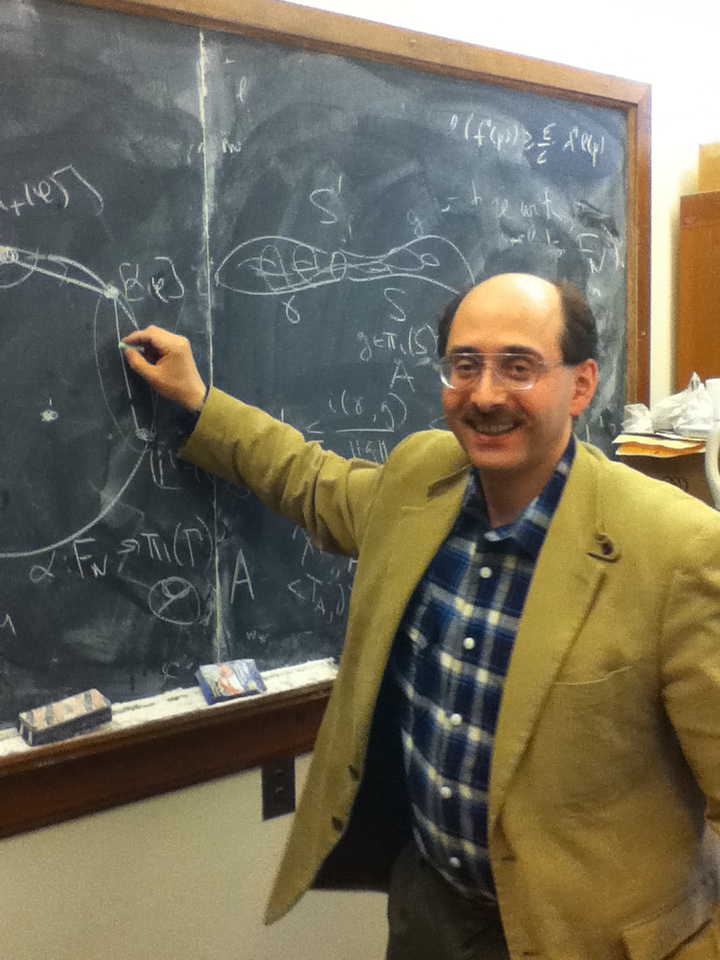 Abstract: \emph{Free} algebraic structures play a key role in algebra since all other structures can be obtained from them by taking quotients. For example, the polynomial ring $K[x,y]$ (where $K$ is a field) is a free object in the category of commutative algebras over $K$. A free structure always comes with a free \emph{basis}, although the choice of such a basis is not unique. An element in a free structure is \emph{primitive} if it belongs to some free basis. For a finitely generated free group $F=F(X)$ the cardinality of its given free basis $X$ is called the \emph{rank} of $F$. It is also known that all subgroups of $F$ are themselves free. In 2014 Doron Puder introduced the notion of \emph{primitivity rank} $\pi(g)$ for a nontrivial element $g$ in a free group $F_r$ of rank $r$. Namely, $\pi(g)$ is defined as the smallest rank of a subgroup $H$ of $F_r$ containing $g$ as a non-primitive element, or as $\infty$ if not such $H$ exists. The set of all subgroups $H$ of $F_r$ as above is denoted $Crit(g)$. It turned out that primitivity index of an element $w\in F_r$ is closely related to the questions about word-hyperbolicity and subgroup properties of the one-relator group $\langle F_r| w=1\rangle$.

We prove that if $r\ge 2$ and $F_2=F(x_1,\dots, x_r)$ is the free group of rank $r$, then, as $n\to\infty$, for a “random” element $w_n\in F_r$ of length $n$ with probability tending to $1$ one has $\pi(w)=r$ and $Crit(w)=\{F_r\}$. We discuss applications of this result to “word measures” on finite symmetric groups $S_N$, defined by such $w_n$. We also contrast this result with the behavior of the \emph{primitivity index} of random elements in free groups. The latter notion is motivated by studying quantitative aspects of residual finiteness of free groups and by generalizing some results from hyperbolic geometry about “untangling” closed curves on surfaces.

Ilya Kapovich is a Professor in the Department of Mathematics and Statistics at the Hunter College of CUNY. He was named an inaugural fellow of the American Mathematical Society in 2012, and he delivered an invited address at 2008 Spring Eastern Sectional meeting of the AMS. He is known for his contributions to geometric group theory, geometric topology, and complexity theory.