Unfortunately due to travel restrictions related to the COVID-19 virus, among other things, Katherine Lofton will not be able to be in Kingston to give the Mather’s lecture. We will reschedule her for the Fall.

What is Kanye West? Is Kanye a deluded misogynist or a sui generis artist -- or both, or neither? This talk will think about the career of the American rapper, songwriter, record producer, entrepreneur, and fashion designer as an instance in the longer history of blasphemy. Kanye West (b. 1977) is known for many things, but perhaps none more prominently than his sacrilege. The man who rapped, "I made Jesus Walks, I'm never going to hell," is also the man who said on TMZ: "When you hear about slavery for 400 years...for 400 years? That sounds like a choice." Situating his impiety in his artistry, placing his voice in the history of the African diaspora, American religious history, and pop culture prognostication, I suggest you can't understand the secular without understanding Ye's particular brand of offense. This talk has no debate about whether Kanye is (as he says he is) God’s vessel. God is the subject on which blasphemy's offense has been defined throughout history. God is also the source of Kanye West's recent hopeful creativity an evangelical productivity. Long would ask us to think about how these two forms -- blasphemy's offense and evangelical power -- came to co-creation in his dream.

Kathryn Lofton is professor of religious studies, American studies, history, and divinity at Yale University, where she currently serves as Chair of the Department of Religious Studies and Acting Dean of the Humanities Division, and has previously served as Chair of Women's Gender, and Sexuality Studies, as well as the Deputy Dean for Diversity and Faculty Development. A historian of religions, she is the author of two books, Oprah: The Gospel of an Icon (2011) and Consuming Religion (2017), and one co-edited (with Laurie Maffly-Kipp) collection, Women's Work. An Anthology of African-American Women's Historical Writings (2010). 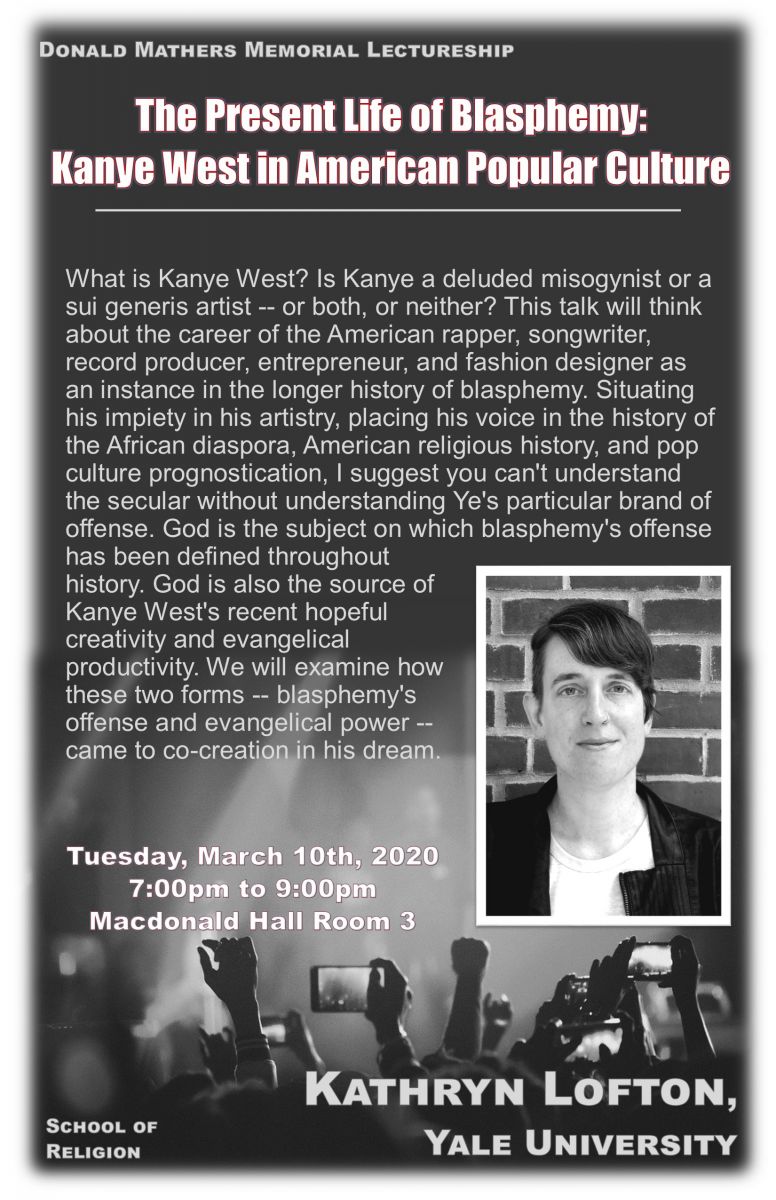