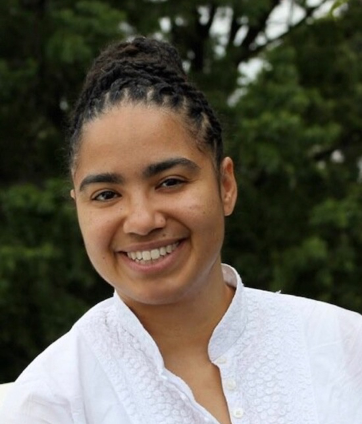 Jennifer S. Leath (she/they/xe) is the Queen's National Scholar and Assistant Professor in Black Religions within the School of Religion. Bridging concerns of religious ethics and African American studies, much of her current writing and research focuses on the sexual ethics and economies of historically Black churches and Afro-Diasporic religion in the United States.

Committed to interdisciplinary scholarship, Leath's first monograph, From Black to Quare (and then) to Where: Theories of Justice and Black Sexual Ethics, is forthcoming with Duke University Press. Leath is also completing her monograph, Childcare Activists: Reframing Afro-Diasporic Faith from the Home to the Streets, which actively engages the intersection of the spiritualities, activism, and secular childcare work of Afro-Diasporic women in the United States.

Leath's research concentrates on the intersection of sexualities and religious in sacred communities and spaces of African Diaspora. Her scholarship also engages the intersection of Afro-Diasporic women's spiritualities and social activism. Dr. Leath's other research and teaching interests include the physics of metaphysics of womanism, African and Afro-Diasporic approaches to sexualities in political economies, abolition, transnational ecumenisms of marginalized peoples, the intersections of Buddhist and womanist thought, interdisciplinary approaches to interreligious dialogue, and theories of justice.

In addition to her research, Leath is a member of various academic communities, including the Society for the Study of Black Religion, the American Academy of the Religion, and the Society for Christian Ethics. Dr. Leath is also an Itinerant Elder in the African Methodist Episcopal Church where she has served as a pastor in White Plains, New York and in Media, Pennsylvania; she has served as an associate pastor at churches in Philadelphia, New York, and New England. Most recently, she served as the pastor of Campbell Chapel AME Church (Denver, CO).