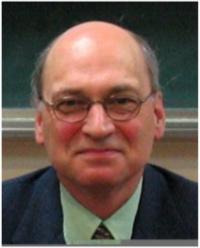 Peter Beyer is professor of religious studies at the University of Ottawa, Canada. Publications include Religion and Globalization (Sage, 1994), Religions in Global Society (Routledge, 2006), Religion, Globalization, and Culture (ed. with L. Beaman, Brill, 2007), and Religious Diversity in Canada (ed. with L. Beaman, Brill, 2008). Since 2001 he has been conducting research on the religious expression of second generation immigrant young adults in Canada. From this research, he is principal author of the forthcoming volume, Growing Up Canadian: Muslims, Hindus, Buddhists (McGill-Queen's). 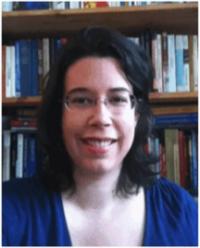 Marie-Paule Martel-Reny is PhD candidate at Concordia University's Department of Religion. She holds a Bachelor's degree in religious studies and early music performance from McGill University, and an M.A. in educational studies from Concordia University. Her areas of specialization include youth and religion, with a focus on Québec; the sociology of religion and spirituality; and Japanese religion. She has worked on many studies using qualitative methodologies to research youth and religion, including the Study on Second Generation Immigrant Youths in Canada with Peter Beyer (U. of Ottawa) and l?Étude sur le référent religieux et la conscience ethnique dans la région Montréalaise with the Groupe de recherche interdisciplinaire sur le Montréal ethno-religieux (UQAM).

Ms Martel-Reny's doctoral thesis investigates Québec adolescents' spirituality and religiosity, and addresses definitions and experiences of spirituality in the Western world, as well as issues of religious and spiritual education and globalization. Through in-depth interviews, her research seeks to understand how young Quebeckers give meaning to their lives, given the variety of worldviews they are exposed to through the media, and through friends and classmates of different faiths. She also wants to document students' evaluation of Québec's newly implemented Éthique et culture religieuse program. 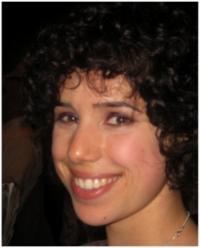 Beesan Sarrouh obtained a Bachelor of Humanities at Carleton University in Ottawa, and a Masters of Arts (Political Science) at the University of Alberta in Edmonton. She is currently a PhD Candidate at Queen?s University in Political Studies.

Beesan's research interests pertain to the accommodation of Muslim minorities in liberal democratic countries in general, and public funding for faith-based schooling in particular. Additional research interests include questions related to immigration, multicultural and integration policies, and expressions of religiosity in public spaces. Beesan has presented her work at a number of conferences, including those hosted by the Canadian Political Science Association and the British Association for Canadian Studies.