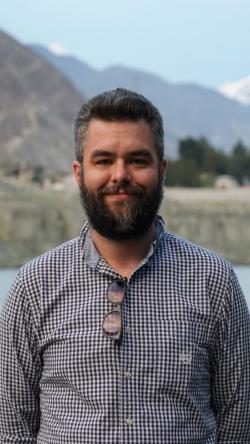 Dr. Anningson’s research focuses on race creation in Buddhism in the United States during the early 20th Century. His research focuses on Buddhism in America within a globalized network of intellectual history borne through influences of colonialism and bioracism. Dr. Anningson’s upcoming manuscript, Theories of the Self, Race, and Essentialization in Buddhism: The United States and the Asian “other," 1899-1957, analyzes Buddhist uses of the Aryan myth to create space within American society. American Buddhists viewed the religion as one of race-based Aryan superiority which was proven by scientific racism; even the Buddha himself was considered racially Aryan. Anningson’s upcoming research focuses on Buddhist race creation in the United States specifically during the 1930s within the global influence of the Great Depression, and leading up to World War II.