Department of Geography and Planning

I have a B.A in history from McGill University and a PhD in Geography from Clark University in Worcester, Massachusetts. I did a post-doc at Madison, Wisconsin with the History of Cartography Project (Harley and Woodward).

I am one of those people who never seem to be able to decide on what she will be when she grows up. The university is a wonderful place for people like me. It is full of opportunities to explore and grow. In the first phase of my academic career I was interested in the history of mapping, and as imperialism and colonialism have always fascinated me and because I wanted to develop my French language skills, I looked at the French mapping of Egypt in the late 18th century. But while maps are intriguing, I found I was relatively more interested in the ideas behind maps than in the objects themselves. So, I became an historian of science working on the nature of the geography in France that found expression in Egypt, in Algeria and elsewhere in the world. France is nice but I live in Canada, as do my students. Also, the history of science while fascinating, is a history that deemphasizes the concerns and preoccupations of a large proportion of the world’s population. Ultimately I found that dissatisfying. So I repatriated my work and decided to focus on a very important part of Canadian reality, the native populations of Canada and the United States and their ongoing struggle with colonial characterizations and interests.

I don’t plan on growing up any time soon but this topic is so interesting I will probably stay with it for some time.

My current research looks at the spatial exclusion and inclusion of Indigenous peoples, issues and concerns in curriculum, school texts and instructional practice in secondary school education in contemporary Ontario and Quebec. Spaces of exclusion and exception take many forms in our society. As Agamben, Foucault and others have shown, strategies of social exclusion can be revealed by a focus on their spatial manifestation, whether that expression is found on the ground, on the body, or in texts (Agamben 2005, Foucault 1977, Butler 1990, Mitchell 1991, Mountz 2003, 2004). If what takes place in the prison, the army, the hospital, and in law is symptomatic of a form of pervasive social organization, what occurs in schools is formative of that social organization in a way that few other institutions can be in a liberal democracy (Willinsky 1998). My research argues that decolonization requires a transformation of public consciousness through an open examination of what we are and how we have come to be that (Said 1979, Gramsci 1991, Gregory 2004).

Jackie Moore (ATEP Program, Faculty of Education) and I have recently submitted an article on the Ontario secondary school social science curriculum and the Ontario 7-course Native Studies Program (1999-present) (Godlewska, Moore, and Bednasek accepted). The article explores coverage of Indigenous existence within the curriculum and the delivery of the Native Studies program and links the particular form of exclusion in Ontario to the embrace of a substantially unexamined yet contestable multicultural ideology (Kymlicka 2001, Bissondath 2002, Taylor 1992, Tulley 2006, Aikman and May 2003). There are signs in government pronouncements and the curriculum itself of a concern to overcome exclusion of Indigenous peoples and issues, yet effective exclusion persists in Ontario. This research explores the particular flavour of exclusion and inclusion in Ontario together with the mechanisms of that exclusion, with an eye to expanding the study to the rest of Canada. In our article and this research we focus special attention on how geography is taught as there is significant potential for a link between geography and Indigenous education, given the importance of land, sustainability, culture and the environment in Indigenous thought (Deloria jr. 2005, Deloria jr. and Wildcat 2001).

My focus in the history of science is on Geography and the ways in which sometimes formal and sometimes informal disciplinary and proto-disciplinary structures shape the way people think, right down to what they can possibly imagine. Although much of the history of science is written heroically around success and with an implied linearity and continuity, I like to focus on discontinuities, missed opportunities and, for want of a better word, failure. I am also interested in the role that imperialism, colonialism, war and violence have played in shaping science and the role that conceptions of science have had on perceptions of people and cultures.

I continue to be interested in the history of mapping. My most recent article in that field, published in Imago Mundi, compared cartographic and artistic renderings of selected Napoleonic battles in northern Italy with the actual sites. The article reveals that narrative has a very different relationship to maps and images. Certainly Bagetti’s paintings were powerful constructions that were more successful in reflecting a narrative of glorious conquest than was possible through cartography. 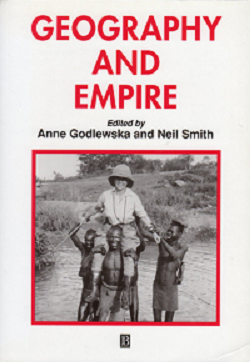 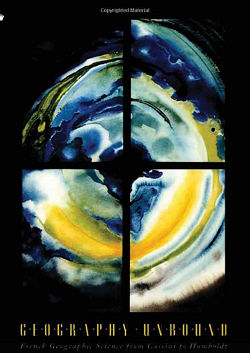 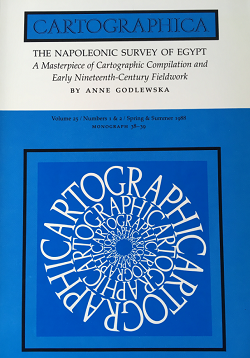 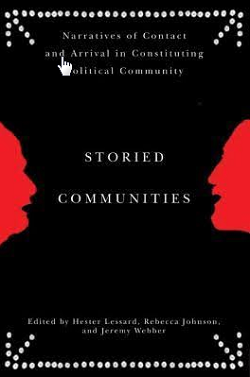