The City of Kingston and surrounding areas provide ample and diverse sources of topics for research by student planners.  The city includes a large territory of approximately 500 km2 containing a variety of urban, suburban, rural, and natural landscapes with a metropolitan population of about 150,000.  In recent years, the City has prepared extensive planning reports, strategies, and plans to address such issues as urban design, transportation, growth management, heritage conservation, and downtown redevelopment to name just a few topics.  Indeed Kingston has something to offer almost any interested student of urban and regional planning.  Below is a brief description of a few topics.

The Downtown and Harbour Area of Kingston is a remarkable urban artifact. It continues to be an active commercial centre for the entire Kingston region, as it has been for two centuries. At the same time, it is one of Canada’s most well preserved heritage areas, possessing a great legacy of historic buildings, many of which have been lovingly restored and preserved, and a central grouping of which are now protected by designation in the Market Square Heritage Conservation District.

Kingston’s core urban area includes buildings that date from early 1800s. But the City’s street grid pattern, undertaken hastily in the late 1700s in anticipation of the arrival of United Empire Loyalists from the United State, endures as a legacy of British land surveyors. The present character of the City’s historic core took initial form between 1841 and 1867. During this period the City was briefly named the capital of the Province of Canada. This resulted in a flurry of high quality buildings designed by some of the best architects of the day.

Today the challenge is to retain Kingston’s rich heritage, but also move forward with new developments and projects suited to the post-industrial economy of the 21st century. The urban core provides a comfortable human scale with numerous courtyards, the market square – where local agricultural produce can be purchased, a surprisingly vast array of restaurants serving cuisines from around the world, numerous shops, traditional pubs to modern night clubs. In fact at one of the many traditional downtown pubs you may encounter a professor who, if offered a pint or two, will regale you with stories of his youthful adventures. 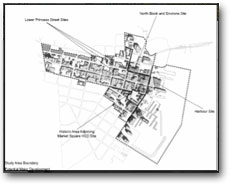 The urban core represents the City’s identity and character that stands in marked contrast to the placelessness that pervades much of the City’s newer suburban development. Thus, the City has invested much time, effort, and funds to ensure that its historic core properly blends the 19th Century urban fabric with a modern 21st century vibe. Thus, the City of Kingston has commissioned a number of outstanding reports and studies completed by renowned architects and planners.

The Downtown Action Plan outlines a strategy for the Princess Street commercial streetscape, the Historic District between Brock and Johnson Streets, the redevelopment lands of the North Block and Block ‘D’ and, lastly, the Waterfront. Traveling down Johnson Street offers the unique experience of observing over 100 years of changing housing form and style. 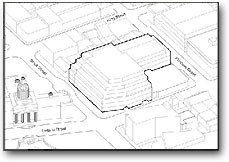 In addition to the Downtown Action Plan, the City of Kingston recently commissioned Downtown and Harbour Area Architectural Guidelines Study, which contains an extensive evaluation and recommendations regarding the architectural character of the City’s urban core. Baird Sampson Neuert Architects Inc, assisted by Carl Bray, Heritage Consultant, and Cathy Gravely of the planning firm Sorensen Gravely Lowes, has prepared this study.

In October of 2002, Baird Sampson Neuert Architects Inc, in association with a group of subconsultants, was commissioned by the City of Kingston to undertake a study of four and a half key blocks in downtown Kingston. The final report shows that a wide range of development possibilities exist for the 4 ½ block study area, and with suitable urban design guidelines as outlined in the pages which follow, those developments will strengthen the downtown of Kingston, in a form which complements its distinctive heritage character.

There is over 150 kilometres of shoreline in the City, fronting on Lake Ontario, the St. Lawrence River, the Great Cataraqui River and the Little Cataraqui Creek. Kingston’s waterfront contains examples of successes and failures in integrating the City with its waterfront. The waterfront along Lake Ontario and the inner harbour of the Great Cataraqui River are at the forefront of on-going community debates and discussions of how best to redevelop these strategic assets. A waterfront strategy was identified in the Community Strategic Plan and selected by City Council as a priority item for completion. The City has completed a waterfront visioning exercise and is currently preparing a work plan to undertake a waterfront strategy. City Council, through its waterfront visioning exercises in November and December 2001, established some broad principles for the waterfront. While there have been many waterfront studies, there is not one plan for the future of the entire waterfront of the new City of Kingston. Planners for the City of Kingston have not yet taken a “big picture” look at the entire waterfront. 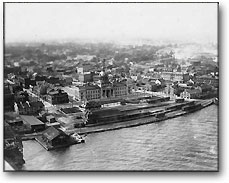 Kingston is also dealing with an industrial legacy that dates from the late 19th century and early 20th century. Such lands have real or perceived contamination and many remain vacant or underutilized and are located in strategic areas of the City, namely waterfront and downtown locations. In 2002, City Council passed a resolution approving the formation of a task force to review and develop a strategy for the remediation and redevelopment of lands affected by Brownfields. A number of SURP students and faculty contributed to the work of the City’s Brownfields Taskforce. The taskforce’s work led the City to develop a brownfields program included within a revised Community Improvement Plan (CIP). The City of Kingston’s CIP will be among the first in Ontario to use the new Brownfields Financial T x Incentive Program to provide financial assistance to encourage the cleanup and redevelopment of brownfield sites. 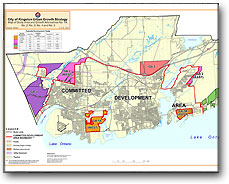 In 1998, the City of Kingston amalgamated with two adjacent townships to form one large municipal government. Since amalgamation, the City of Kingston has struggled to develop a unified planning vision and strategy.   The Urban Growth Strategy study, began in June 2002,  is the first comprehensive review of the growth issues faced by the amalgamated City of Kingston. The Official Plans prepared by the three former municipalities were based upon independent approaches to development. However, with the new City, there is a need for a single, unified concept to guide decisions on City-wide issues. This Strategy provides an integrated approach to coordinated growth management of the City for the next 25 years (i.e. to 2026).  However, the strategy has raised many interesting and far-reaching planning questions and concerns, principle among them are to what extent is growth to occur as “in-fill” and how much growth is to occur at the periphery.  Where to draw the urban growth boundary in Kingston is proving to be a highly controversial and divisive issue within the community. 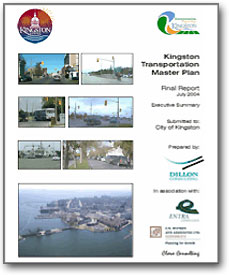 The Kingston Transportation Master Plan (KTMP) outlines the City’s strategic direction for the development of its transportation networks, programs and priorities. The KTMP is a critical policy document that will influence every trip taken by residents and visitors to Kingston over the next 25 years. Within the City’s boundaries, the KTMP policies will determine the convenience and attractiveness of the different travel modes as manifested by municipal investment priorities, system performance targets, and supporting programs and infrastructure 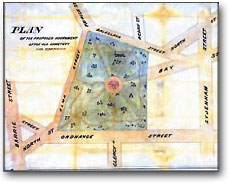 The City has an abundance of parks, open space areas, recreational uses, historical and environmental sites, and attractions. The City currently controls, through ownership/lease/right-of-way a significant amount of public open space, of which waterfront property is a major component. There are two nationally renowned attractions, the Rideau Canal and Fort Henry, both listed as UNESCO World Heritage Sites. 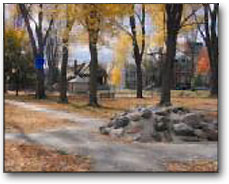 A few inner-city parks have received considerable attention regarding their redevelopment and revitalization. For example, McBurney Park is a well-loved, well-used place in a part of Kingston that is short of public open space. It has been a cemetery before it was a park, and a park for one hundred years. It is almost as old as the city itself. Spurred by an active and articulate citizens' group, the City has taken McBurney Park as a pilot project for a new relationship between volunteers and the public service. This project is hoped to be the start of a long-term stewardship program that not only makes easier the work of City management and maintenance staff but also integrates neighborhood residents into the planning and operation of the Park. 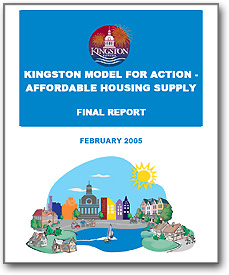 The City of Kingston is not without social issues and problems. In particular, the Social Planning Council of Kingston has investigated and tried to address the issue of homelessness. There is also a Mayor’s taskforce on homelessness. Furthermore, a Kingston Model is being developed to provide a practical, action-oriented approach through which the City of Kingston and its community partners can take positive steps to meet the range of affordable housing needs facing the City today and in the future. A particular emphasis is being placed on expanding the supply of various forms of housing to address the full continuum of housing needs in the area. The Kingston Mode for Action-Affordable Housing Supply, prepared in 2005, sets out the components of the Kingston Model and recommends a range of actions aimed at expanding the supply of affordable housing throughout the City of Kingston. 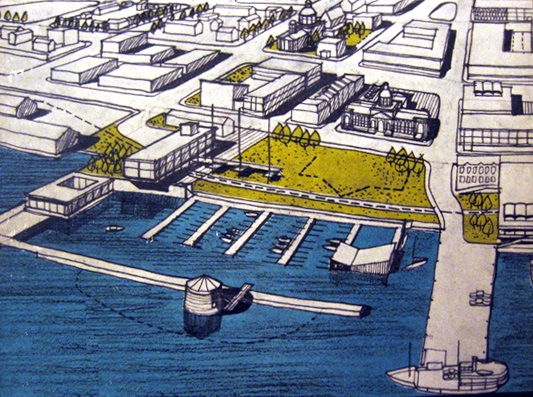 This report was one of the earliest in North America to suggest widespread renovation of historic buildings and selective infill with new construction. This approach was recommended for several neighbourhoods, the downtown and the central waterfront. Stephenson and Muirhead’s report set the stage for extensive heritage preservation in Kingston.

The above sections made use of excerpts and photographs from the following documents: