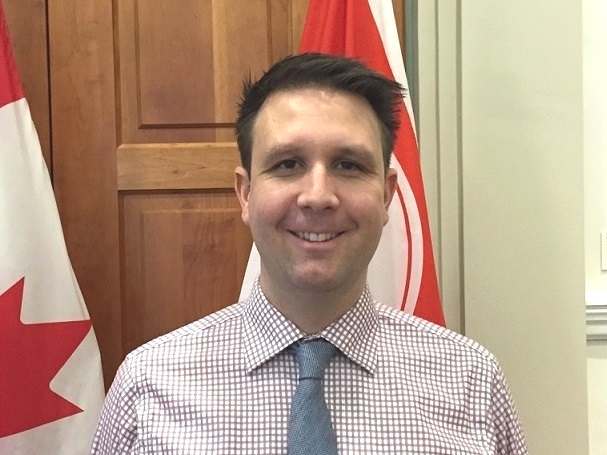 ​Josh enrolled at SURP following an undergraduate a Honours B.A. at the University of Toronto majoring in Urban Studies and Political Science. At SURP, his work focused on Transit Oriented Development (TOD) policy and implementation. He was Project Manager of his class' Project Course developing a TOD study for future LRT corridor in Ottawa. His Master's Report evaluated and envisioned a TOD plan for the Anderson LRT Station in Calgary.

Upon graduating SURP in 2007, Josh started as an Urban Planner at Urban Strategies in Toronto. There his focus continued on TOD planning and policy creation, including developing the Brentwood Station Area Redevelopment Plan in Calgary, which currently is under construction as well as the Durham Region Ontario TOD Strategy. His work also branched out into downtown revitalization including the creation of the New Vision for Jasper Avenue in Edmonton as well as the Downtown St. Albert Area Redevelopment Plan in Alberta. "I was able to directly utilize the skills and knowledge in TOD I gained at SURP immediately upon graduation" recalls Josh. "It was as smooth a transition into the profession as I could imagine".

In 2010, Josh got involved in policy platform development for Naheed Nenshi's campaign for Mayor of Calgary. After Nenshi's surprise victory in the Mayor's race, Josh joined the Office of Mayor where he is Senior Policy Advisor. As Senior Policy Advisor his primary responsibility is to advance the Mayor's policy agenda. This includes a core portfolio of planning, development, housing and transportation issues. In this role he has helped initiate and has participated in major projects and programs such as the RouteAhead 30 Year Strategic Plan for Transit in Calgary, the Transforming Planning Program and the Growth Management Framework.

"Working for Mayor Nenshi has and continues to be an opportunity of a lifetime" Josh explains. "I am engaged in a wide variety of issues that directly impact the future of this city and the quality of its urbanism. Planning is a multidisciplinary profession and it can actually lead you in a lot of interesting directions in your career. What SURP gave me was the foundation to take me places in my own career that I didn't expect, but have been incredibly rewarding".