Excellence in academic supervision is a hallmark of the Queen’s graduate student experience. Productive supervisory relationships promote a thriving university research culture where students are supported to make meaningful contributions to their field of specialization and address pressing challenges facing our communities and society. The Award for Excellence in Graduate Student Supervision recognizes those supervisors who demonstrate outstanding excellence in advising, monitoring, and mentoring graduate students. The following graduate faculty members have demonstrated exceptional graduate supervision and have been recipients of the Award for Excellence in Graduate Student Supervision. 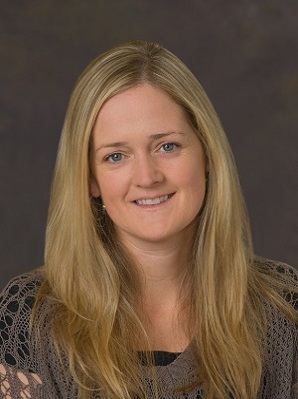 Samantha King is a Professor of Kinesiology and Health Studies where she works on the politics of bodies, health, and sport. She is the author of Pink Ribbons, Inc: Breast Cancer and the Politics of Philanthropy, the subject of a documentary film by the same name, and co-editor of Messy Eating: Conversations on Animals as Food. Her work has appeared in Body & Society, Social Text, Ethnic and Racial Studies, Sociological Review, the Toronto Star, and the National Post, among other venues. Her co-authored book in progress is titled, Protein: The Unofficial Biography of a Nutritional Superstar.

Since joining the School of Kinesiology and Health Studies at Queen’s University in 2003, Dr. King has directly supervised nineteen master’s students and fourteen PhD students. The research projects completed by these trainees traverse a diverse range of topics within the School of Kinesiology and Health Studies, Gender Studies, and Cultural Studies yet share in common the pursuit of more equitable, inclusive, and accessible conceptions of health, sport, and the body. In addition to her own students, Dr. King has served on the committee of a large number of master’s and PhD students at Queen’s and other institutions.

Dr. King is deeply committed to helping her students succeed, improve, and thrive as researchers, teachers, and more importantly, as responsible global citizens. Professor King is highly regarded by her peers as an eminent scholar in sport, health and illness and social movements. Through her advanced program of research, she creates a thriving research environment for graduate learning, where her students are able to work collaboratively to conduct scholarly research with social impact. In addition to consistently providing a supportive context for learning, she ensures each students’ needs are met and attends to their personal growth trajectories. Students repeatedly comment on her personalized attention to their professional and personal interests, needs, and aspirations.

Dr. King goes beyond her role as a graduate supervisor making an incredible effort to get to know each of her students individually while remaining deeply invested in their success. Many of her students have praised her ability to remain a compassionate and caring supervisor in addition to challenging them academically, often guiding them through difficult times outside of the academic arena. Dr. King values her students outside of their research and works to ensure her students feel fully supported, believing that this has a fundamental impact on their success. 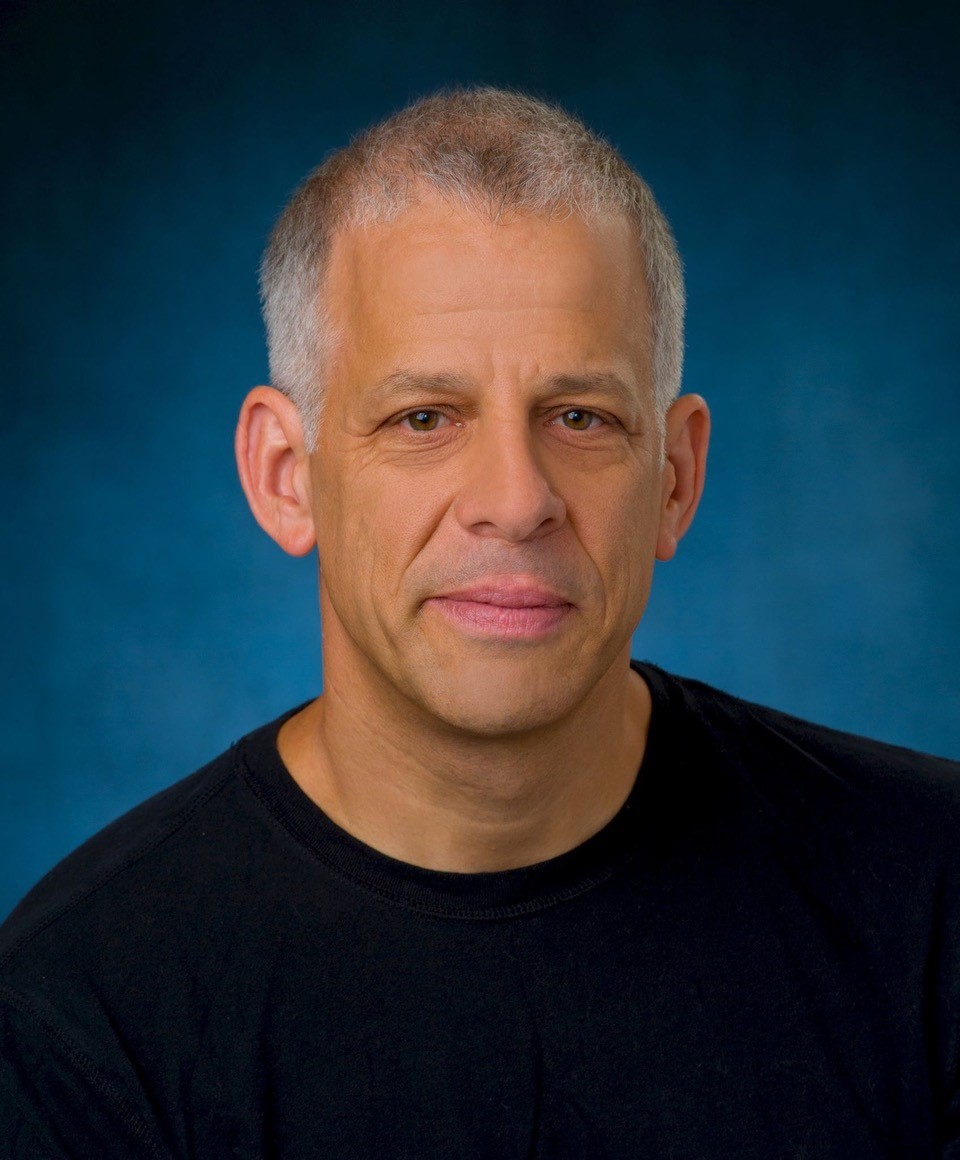 Astrophysicist Stéphane Courteau joined the Department of Physics, Engineering Physics & Astronomy at Queen's University in 2004 and was the Department's Graduate Chair from 2009 to 2019. He obtained his PhD under the supervision of famed "7 Samuraï" Professor Sandra Faber at the University of California, Santa Cruz, in 1992. Prior to joining Queen’s, Courteau was Assistant Professor at the University of British Columbia (2000-2004) and held postdoctoral fellowships at Cornell University (NSERC Fellow), the National Optical Astronomy Observatories in Tucson, Arizona (NOAO Fellow), and the Herzberg Institute of Astrophysics in Victoria, B.C. (Plaskett Fellow) from 1992 to 1999.

With large numerical simulations and the biggest telescopes in the world, Courteau and his students study the structure of galaxies, the distribution of visible and dark matter in the Universe, and develop original tests to elucidate fundamental theoretical and/or empirical puzzles in extragalactic astronomy. He has published 130 peer-reviewed papers, and delivered over 300 invited seminars, colloquia, and public lectures around the world.  He has assumed leadership positions as VP and Director of the Canadian Astronomical Society, and as part of the Canada-France-Hawaii Telescope Science Advisory Council, the IAU Steering Committee on Galaxies and Cosmology, and numerous international Observatory Time Allocation Committees. Courteau is also known for organizing landmark international conferences on dark matter and galaxies. Since 2010, he has led yearly summer schools for graduate students at the Mauna Kea Observatories in Hawaii. In collaboration with Hugh Helferty and Nicholas Mosey in the Department of Chemistry, he has also developed a graduate course on "Science Leadership and Management" for training the next generation of scientific leaders. As the Queen's Observatory director since 2009, Courteau has also mentored numerous observatory coordinators, many of whom have gone on to rewarding careers in science outreach in Canada. Courteau has supervised nine PhD and twenty-five MSc students; many of whom have secured permanent positions at major institutions across North America. His very first PhD student won the Plaskett medal for the most outstanding doctoral thesis in Astronomy or Astrophysics in 2005.

Courteau's dedication and care for his students (pre and post-graduation) are well established. His individual mentorship style, fostering a sense of family with all of his students, and research projects tailored to each student, are key to their success. In addition to sharing his passion for astrophysics, science, and discovery with his students, he insists on comprehensive professional development, exposure to scientists in other research centers and the pursuit of intellectual opportunities around the world, creative thinking, and acquiring a global vision for post-graduation success. Through the Astronomy Seminars and Journals Club series, which he has led since his arrival at Queen's, he encourages graduate students to think about the "big picture'' and the importance of their research relative to the field. Overall, Courteau has devoted his career to advancing graduate education, providing unique and exciting opportunities for graduate students at Queen's and those across Canada, and, most importantly, advancing the careers of his students. He looks forward to training new students for years to come. 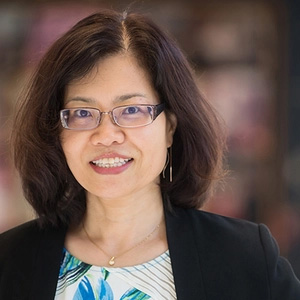 Professor of Language Education and Assessment
Faculty of Education

Liying Cheng has been a language teacher and language teacher educator for more than 20 years, during which time she has taught a variety of undergraduate and graduate courses at the pre-service, professional development, and graduate levels at a number of universities in Canada, Hong Kong, and China. Her primary research interests are the impact of large-scale testing on instruction, the relationships between assessment and instruction, and the academic and professional acculturation of international and new immigrant students, workers, and professionals to Canada. 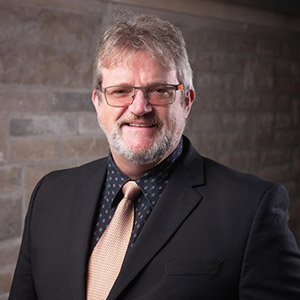 Mark Diederichs began his career with a BASc in Geological Engineering at the University of Toronto. After obtaining his Master's degree in Rock Engineering at UofT, his early work involved the development of geological engineering software to aid in underground mining and tunnelling as well as slope stability. He moved on to a position as field microseismic engineer at Creighton Mine, in support of a Queen’s University R&D initiative, before taking a rock mechanics research position with the Geomechanics Research Centre in Laurentian University. There he worked on establishing guidelines for ground support design and pursued research related to rockbursts in deep mining. In addition, he has worked as a mining and tunnelling consultant for many years. After completing his PhD in 2000, he joined Queen’s Geological Science and Geological Engineering in 2001. He specializes in underground rock mechanics issues, including damage zone development around tunnels, engineering rock characterization in heterogeneous conditions, support design issues, tunnel excavation challenges in hard brittle rock, soft squeezing ground and brittle fracture, and rockbursting and long term stability of caverns and shafts related to nuclear waste repositories.