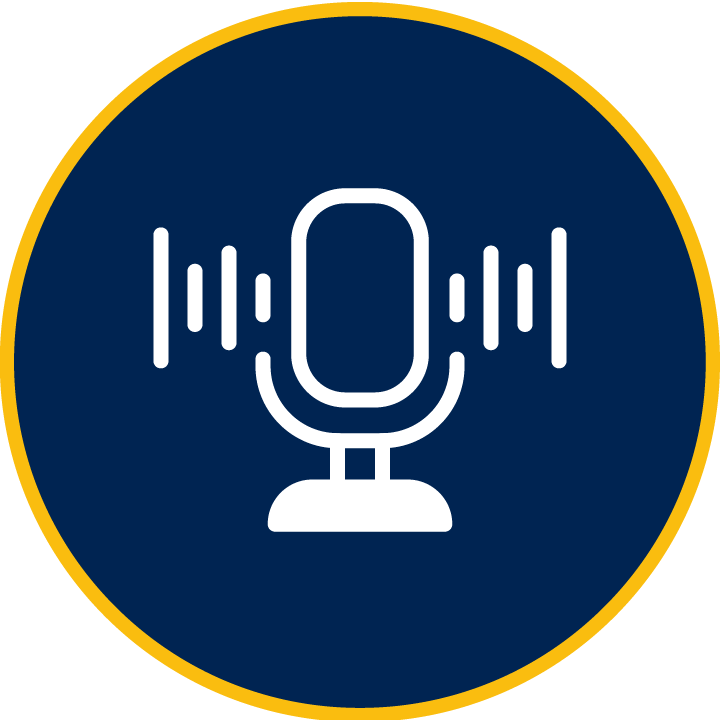 Grad Chat, a collaboration with CFRC 101.9FM, is a 30-minute radio show that features graduate students and postdoctoral fellows. This is an opportunity to showcase their program and their research to Queen’s and Kingston communities. It is also a training opportunity to learn how to disseminate their work to a non-specialist audience.

All aired sessions will be available to listen via podcast on either Apple podcast, Google Podcast, Spotify or Stitcher. All options can be sourced via CFRC podcasting .

Just print off and fill in the "Interviewee Form" (70KB).  Return it to Colette in the SGSPA office at steerc@queensu.ca

Interviews are usually pre-recorded either in the CFRC studio on Mondays between 10:00am and 12:00pm each week or online.

During the summer, we replay some of our favourites from over the years while we record new interviews for the Fall and Winter.

Title: “A scoping review to assess the effectiveness of post fall rehabilitation and tertiary prevention programs

Title: Developing the Continuous Online Leaching Method for use in Bioaccessibility Risk Assessments.

Title: Discussing her experience at the Lake Shift Writing Retreats in Summers 2016 & 2017

Title: Fundamental research in how the human foot functions during walking and running

Title: The role of medicine in investigating stigmata, the (re)appearance of Christ’s Holy Wounds on various bodies (first noted in St. Francis of Assisi),

You can watch previous episodes via podcast on Google podcast, Spotify or Stitcher. All are accessible on CFRC.ca podcast page.