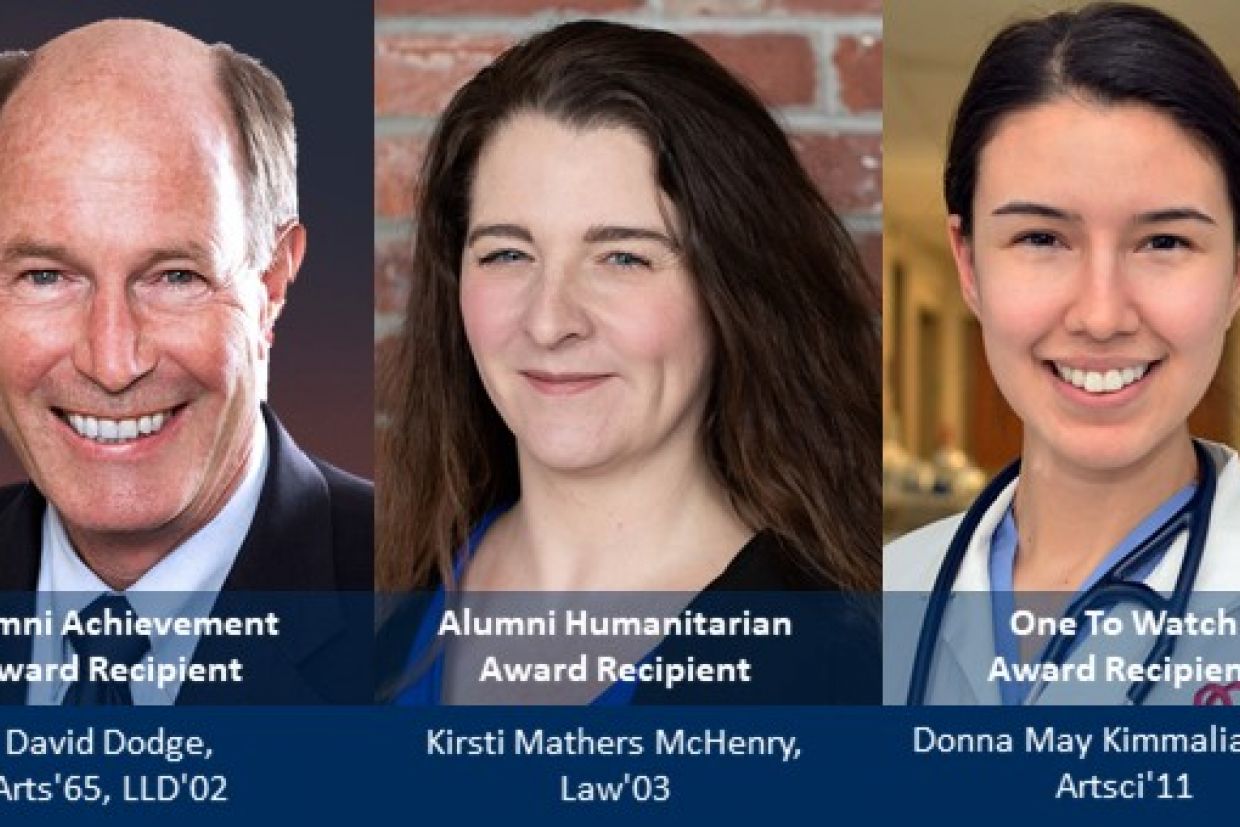 A former governor of the Bank of Canada, a legal advocate for same-sex couples, and the country’s first Inuk heart surgeon are among the honorees at the upcoming Queen’s University Alumni Association (QUAA) Awards Gala.

“These recipients are trailblazers and community builders,” says Jeremy Mosher, Artsci’08, volunteer president of the Queen’s University Alumni Association. ”Through volunteerism or their jobs, they have made a significant impact on Queen’s, their cities, and the country.”

Chancellor Emeritus David Dodge, Arts’65, LLD’02, is receiving the Alumni Achievement Award, the highest honour bestowed by the QUAA. Dr. Dodge had a high-profile career in federal public service, serving as both the deputy minister of Health and deputy minister of Finance, before being named the governor of the Bank of Canada in 2001. He served as Queen’s chancellor from 2008 to 2014.

Donna May Kimmaliardjuk, Artsci'11, will receive the One to Watch Award . The former president of the Queen’s Native Students Association is Canada’s first Inuk heart surgeon. She received an Indspire Award (formerly called the National Aboriginal Achievement Award) and serves as a role model to her community and Indigenous youth.

Kirsti Mathers McHenry, Law’03, is receiving the Alumni Humanitarian Award. She and her wife, Jennifer, are the driving force behind Ontario’s All Families Are Equal Act, which passed in the provincial legislature in 2016. It improved the rights of same-sex parents in a number of ways, including no longer forcing couples who use assisted reproduction to have to adopt their own children.

A total of 11 awards will be handed out. The other recipients are:

The Queen’s University Alumni Association Awards Gala will take place on April 6 at Ban Righ Hall. For more information or to purchase tickets to the event, visit the Queen’s Alumni website. Watch the Queen’s Alumni Facebook, Instagram, and Twitter accounts for more on the recipients in the coming weeks.