Established in November, 2018 by the Estate of Margaret Lois Hooey, LL.D. 2002. Awarded to a student enrolled in any degree program at Queen’s University who has made an outstanding contribution to the good governance of the University through work with the Senate or any Committee of the Senate. Letters of nomination, including self-nomination, should be submitted to the University Secretariat by 1 February each year. Selection will be made by the Margaret Hooey Governance Award Committee.  Value: $16,500 (approximately)

Congratulations to Sahiba Gulati, student Senator from the Arts and Science Undergraduate Society, for being the 2022 recipient of the Margaret Hooey Governance Award.

Ms. Gulati is a third-year Biotechnology Specialization student who was a student senator representing the Arts and Science Undergraduate Society (ASUS) from 2021 to 2022, and who also served as the First Year Representative for her program. She has served as a member of the Senate Orientation Activities Review Board and the subsequent Senate Orientation Review Committee, and is currently serving on the Orientation Policy Working Group. She was also a member of the Fall Term Break Task Force during the fall of 2021.

Ms. Gulati is an active participant in all facets of ASUS and has been a member of several grant committees and worked as an ASUS mentor. In addition, she is engaged with a number of campus organizations dedicated to equity and advocacy work, such as the Queen’s Women’s Health and Advocacy Club, Queen’s HOSA, Queen’s Global Medical Brigade, and ThornQ.

Ms. Gulati’s letters of support celebrate her warm, welcoming personality and sincere commitment to the University community. She embodies the principles of service, mentorship, and friendship so valued by Ms. Hooey. Supporters admired her passion for human rights and equity along with “her passion, her accomplishments, and her drive to change Queen’s for the better”.

The Margaret Hooey Governance Award Committee was unanimous in its decision to present the award to Ms. Gulati and wishes her great success in a future that is filled with promise. 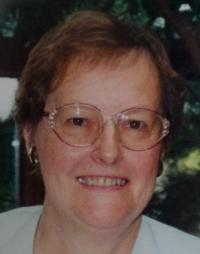 The following is from an obituary which appeared in the Queen's Alumni Review in 2017.

During her more than 30 years of service at Queen’s, Margaret Hooey, the longtime secretary of Queen's University, was admired for her dedication to the university as well as the welfare of her colleagues, students, friends, and family.  Dr. Hooey died peacefully in 2017 at the age of 81.

From assistant to Queen’s legendary registrar Jean Royce, Dr. Hooey went on to become Secretary of the university as well as Secretary of the Senate and the Board of Trustees. She was a valued adviser to four principals and their administrations, and a trusted mentor to students, staff, faculty and trustees.

She is also credited with playing a key role in shaping Queen’s modern governance system and for being an advocate for the unique form of student government. More than her role as an administrator she was viewed by student leaders as a mentor and friend. For many of these students, her signature as secretary of the university on their degrees acts as a permanent reminder of her support, professionalism and kindness.

Her efforts in encouraging student leaders to know the deep history of student governance at Queen’s, to work in partnership with each other as well as the administration, senate, board, alumni and Kingston community, and to believe in the difference they could make together for the ‘community of the university,’ clearly showed her strength of conviction, says former Alma Mater Society president John Lougheed (1984–85). Further supporting students, Margaret also played a key role on the awarding committees for the Jean Royce Fellowship and the Marty Memorial Fellowship. For her dedication and work,

Dr. Hooey received the Queen’s Distinguished Service Award (1992), the John Orr Award (1998), and an honorary doctorate (2002). Away from the university her home on Alfred Street was always active with students, colleagues, and friends and was a home away from home for family members as they attended Queen’s.

Dr. Hooey was well travelled, a talented piano player with a lifelong love of music. She enjoyed summers on the water and her faithful corgis. She was proud of her own education, and the institutions she attended, earning a Bachelor of Arts (Honours) from the University of Toronto, and a master’s from Bryn Mawr.

“I first got to know Marg soon after I arrived at Queen’s in 1974 when Dawn Clarke and I helped Margaret look after former Registrar Jean Royce at Marg’s home for the last three years of Jean’s life. During that time, Marg’s home was not only a sanctuary for Jean Royce, but was a beehive of activity with Marg’s nieces and nephews, friends, and many of Queen’s student leaders coming and going as part of their weekly routines,” says long-time friend Bill Cannon, an associate professor with the Smith School of Business.

Dr. Hooey often helped draw young faculty out of their “departmental/ school cocoons,” Dr. Cannon explains, and into wider service at Queen’s, such as serving on Senate and its committees, “thus cross-fertilizing the engagement of diverse members of the Queen’s community and thereby enriching it. She was widely known and appreciated as ‘the conscience of Queen’s’ as she continually strove to dissuade administrators from skirting Queen’s established governance rules and procedures simply for the sake of expediency.”

Dr. Hooey was involved in many processes that have made Queen’s the respected and supportive institution it is today, including helping set up the Ban Righ Centre and in organizing the university’s sesquicentennial celebrations and Royal Convocations. In all of her efforts she displayed competence, understanding, a flair for teamwork, a grasp of meticulous detail, and the power to inspire.