The Rome Reborn project is an international initiative, launched in 1996, to create a 3D reconstruction of ancient Rome in AD 320, shortly before the capital of the empire was moved to Constantinople. This year was chosen because it represents the peak of the urban development of the ancient city. The model took 22 years to complete. In August 2018, it was finally made available to scholars and to the general public through the VR publisher Flyover Zone Productions. 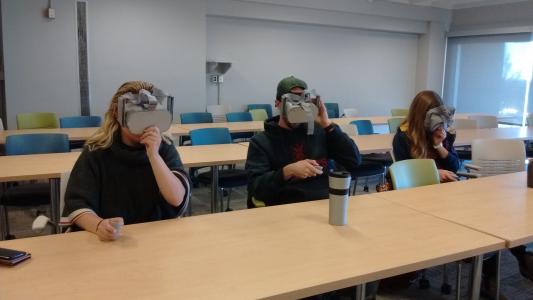 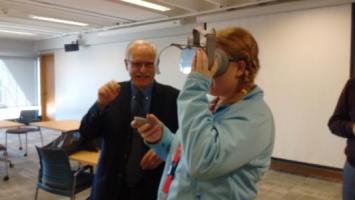 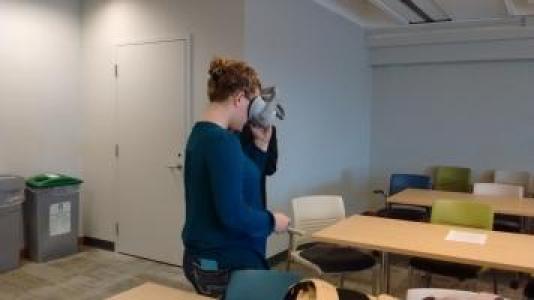 On Friday, October 03, 2018, we were thrilled to host Dr. Bernie Frischer (Director of the Virtual Heritage Track, and Professor of Informatics at the School of Informatics, Computing, & Engineering at Indiana University Bloomington,Director of the Rome Reborn Project) for a talk and a demonstration. Dr. Frischer was founding director of the UCLA Cultural Virtual Reality Laboratory, which was one of the first in the world to use 3D computer modeling to reconstruct cultural heritage sites. Frischer has overseen many 3D modeling projects, including “Rome Reborn,” the digital recreation of the entire city of ancient Rome within the Aurelian Walls.

By using the Oculus Go headset, students were able to take a tour through the 3D reconstruction of “The Roman Forum” and “A Flight over the Ancient City.” 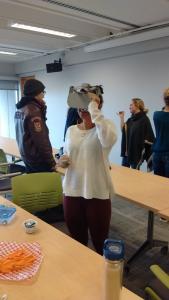 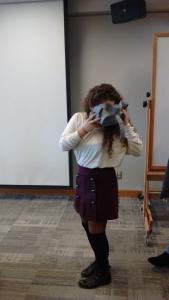 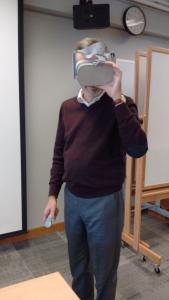