Ross was a born teacher.  His love of his subject and his devotion to the Queen’s Classics Department was obvious, and gained him much respect and admiration among his students and colleagues.  Although long retired, Ross remained committed to teaching and also to mentoring graduate students. He died one week after holding a meeting with his graduate students the Friday before reading week began.

Ross received his B.A. and M.A. at the University of Toronto. After seven years of successful high school teaching (Latin, Greek, Instrumental Music and English) he realized his desire to further his education.  He received a scholarship to study at Yale University where he was awarded his PhD in 1967.  After teaching at Yale for three years he returned to Canada in 1970 to teach at Queen’s.

Ross loved to travel to Italy and Greece and spent many weeks studying abroad during his sabbaticals.  In fact, it was during his first trip to Greece with his wife Suzanne, back in the early 1960’s for the American School of Classical Studies summer course, that Ross discovered his true passion for the study of Classics and made the decision to pursue graduate work in this area.

In view of these pursuits, we know that Ross would feel honoured that the Classics Department and his widow, Suzanne, have established a fund in his memory.

The Ross Stuart Kilpatrick Student Initiatives Fund will provide stipends to decidedly dedicated Classics students who are travelling to a conference, spending time working on an archeological dig or are inspired to organize a conference here at Queen’s in some area of interest for their fellow students.  This fund is meant to encourage students to follow their own passions in pursuit of the study of Classics.

One of Ross’s more recent grads, after learning he had passed, kindly wrote: “(Ross) inspired me to read Latin and to follow his footsteps into the world of teaching those young minds before they reach university.  His love of learning lives on in those he touched with his knowledge and compassion." 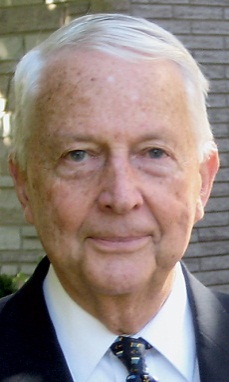 Another graduate commented:  “It would be too easy to describe him as a fantastic teacher, a knowledgeable man, or a professor who genuinely cared about all his students.  One could say that it was not enough for him to impart his amassed knowledge to students but rather he sincerely wanted to see them not just learn but succeed  with that information.”

Several wonderful tributes to Ross’s life and accomplishments can be found in the Alumni Review, Queen’s News Centre and the Globe online.

In order that these funds remain available for many generations of students, an amount of $50,000 is most desirable.  The fund currently sits at $25,000.  We hope many of you who have benefitted from Ross’s teaching, his friendship, his guidance, and friends of Queen’s Classics will want to contribute to this initiative which seems so appropriate for preserving Ross’s memory.

Please join Ross’s family and friends by making your own gift to support the Ross Stuart Kilpatrick Student Initiative Fund.  We would be very grateful to have your support.