The Return of Magic: Gilbert Simondon and the Possibilities of Technical Reticulation 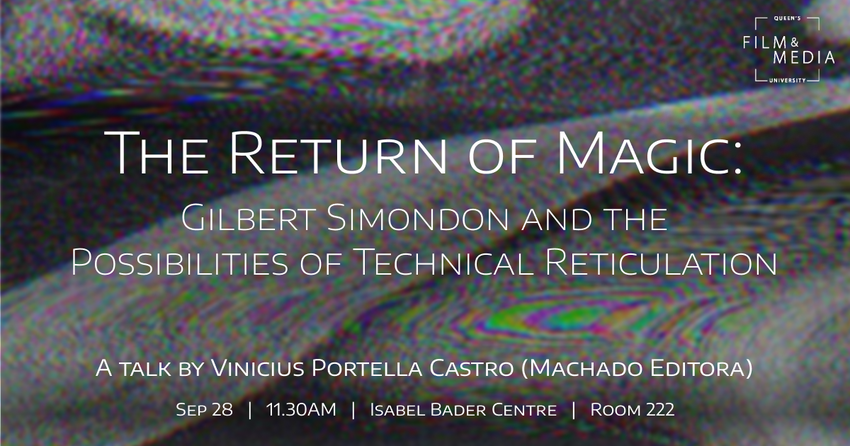 The French philosopher Gilbert Simondon strangely proposed in 1958 that magic could come to exist again under modern technical networks. What could he have meant by this? This talk will explore Simondon’s cryptic suggestion both by presenting his triphasic theory of culture, in which magic is the first genetic (or rather ontogenetic) condition of culture and collective action, and by discussing a few contemporary instances of digital conjuring, both in art and in politics.

Vinícius Portella is an author, editor and independent researcher born in Brasília and based in Rio. He holds an MA from Dartmouth College and a PHD from Rio de Janeiro State University, both in comparative literature. His two areas of research are mythology and media theory, but lately his focus has been on the work of Gilbert Simondon and the concept of rhythm. His criticism has appeared in the LARB and revista Piauí and his academic articles have appeared in several journals inside and outside Brazil. In 2017 he published the novel "Procedimentos de Arrigo Andrada". He is also an editor and co-founder of Machado Editora.