"Be grateful. I am grateful to Professor Peter Baxter and Professor Blaine Allan of the Film Department, to Queen's University for teaching me that film reflects the world, past, present, and future, to think out of the box, open my eyes and see the world in new ways, to remember the importance of friendship, and for starting me on my storytelling journey." 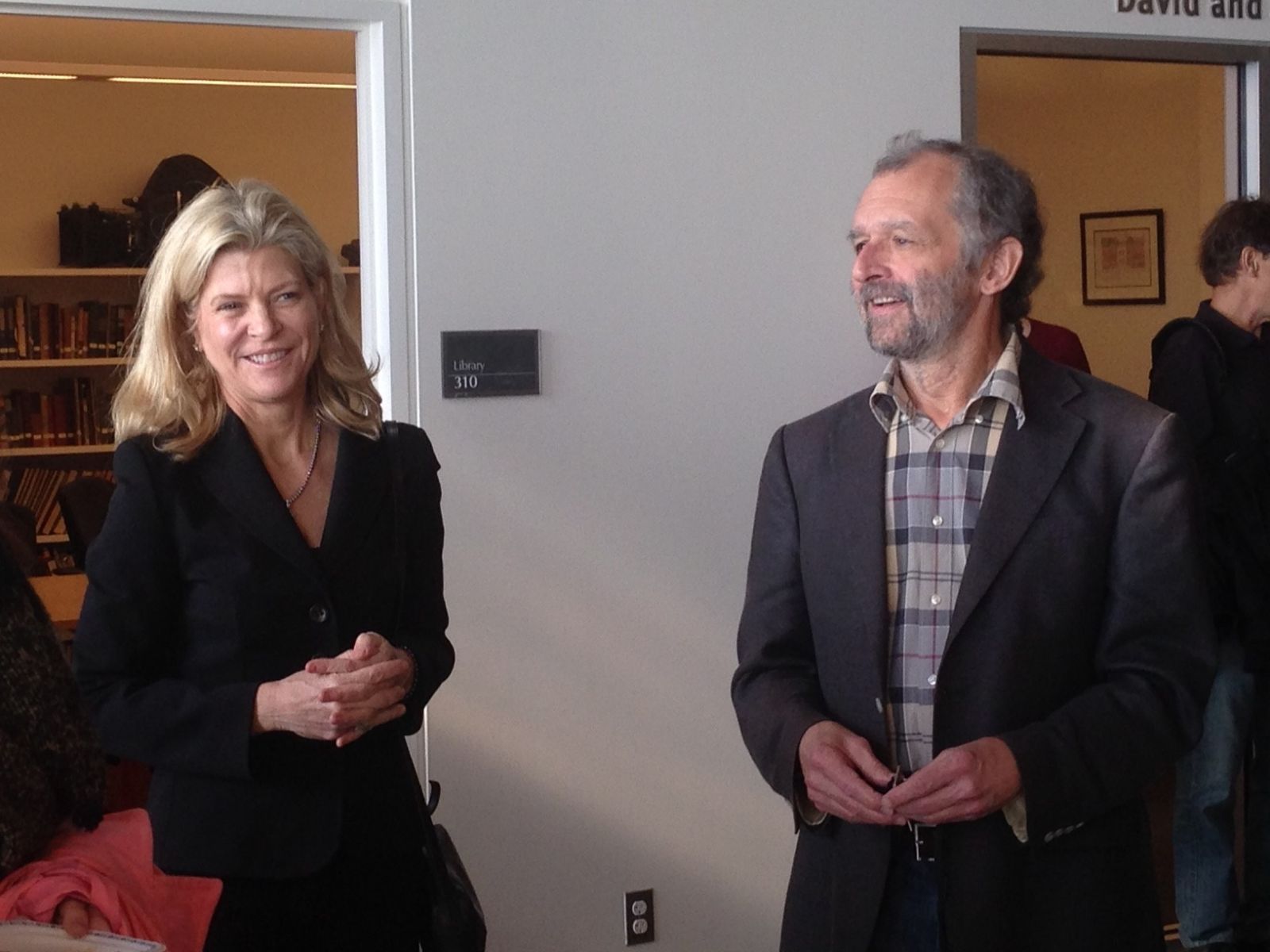 Chris Bobyn (Arts '05) has a photo exhibit From Revolution to War: A Year in Ukraine, 12-14 June 2015 in Berlin.
In 2014, Chris reported on the popular uprising against Ukrainian ex-president Viktor Yanukovych. One year later
he returned to Ukraine to document the frontline of the war with pro-Russian separatists.

A.J. Morris (Arts '11) has a new position at Corus Entertainment, as Interactive Coordinator for Kids Digital, where he says his
main responsibilities will be working on their kids brands' web content.

Radha Chaddah (pictured here with Derek Redmond at her 2014 exhibition in
The Isabel at Queen's) is included in a recent list of The 10 Best Canadian
Photographers You Should Know at theculturetrip.com.

Doug Knutson (Arts '84) received an award from the Consortium of Universities for Global Health in Boston on 28
March 2015. The film Saving Mothers: Preventing Maternal Mortality in Rural Africa was made in 2012 with
Ottawa doctor and global health researcher Dr. Gail Webber, and is available on YouTube.

Steven Keating (Science '10) is currently a doctoral student at M.I.T.'s Media Lab. The story of the discovery and removal of a tumor from Steven's brain
is the subject of a recent New York Times article: The Healing Power of Your Own Medical Records.

Short documentary Love song for the Apocalypse by David Ridgen (Arts '91) is showing in one of two opening night
slots on 23 January at the Slamdance Film Festival in Park City, Utah. The film is a "celebration of fleeting human
spaces and what returns after we are gone."

Still Fishing: Beyond the Escuminac Disaster, directed by Andrew King (Arts '10), won a documentary award at Fredericton's Silver Wave Film Festival in November. Andrew works with the Miramichi Tourism Association and his own company Pretty Much Entertainment.

See Save a Piece of Film House for details on making a donation and receiving
a brick which has been carefully removed from the east wall of 154 Stuart Street
(380K JPEG) prior to the demolition of the houses.

Photos of Film Homecoming 2014 now online, including the final photo on the Film House steps.

See also photos of our 40th Anniversary Reunion in May 2010.

If you're a former film student, please contact us with news about your recent activities for this page.