Who is Allan King? 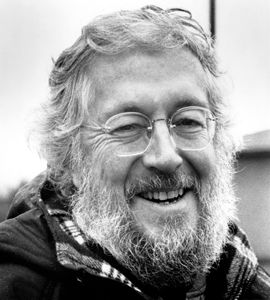 " I love the last stages of a film. But the first parts are very often quite panic-stricken. There's that blind terror, when it's first screened for people, that they're going to be bored."

Allan King was born in 1930 in Vancouver, British Columbia. After finishing a degree in philosophy at the University of British Columbia, he began his more than forty years in the film industry. He started at CBC Television Vancouver where he quickly became a producer. By 1961 he had left the CBC and Canada to go to Europe. It was here that he started Allan King Associates, his company which has produced films on a wide variety of topics. In 1967 King returned to Canada, where he established his Canadian offices in Toronto, Ontario.

A staunch supporter of filmmakers' rights, he was a founding member and former president and chief executive officer of the Directors' Guild of Canada. In 2002, he was honoured by the Toronto International Film Festival with a retrospective of his work, accompanied by a monograph, Allan King: Filmmaker, compiled by Seth Feldman. Also a member of the Film and Media Association of Canada, Allan King was appointed an Officer of the Order of Canada by the Governor General in 2003. (Photo at left by Peter Harcourt.) He died in 2009 at the age of 79.

Allan King Films can be contacted through their web site, where many of his films are available on DVD.