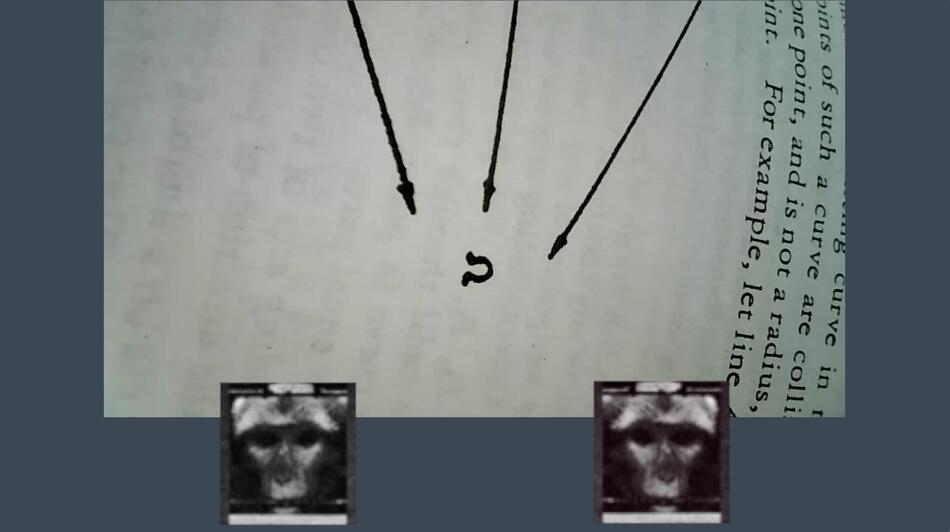 Pedagogy for primates; a comedy. 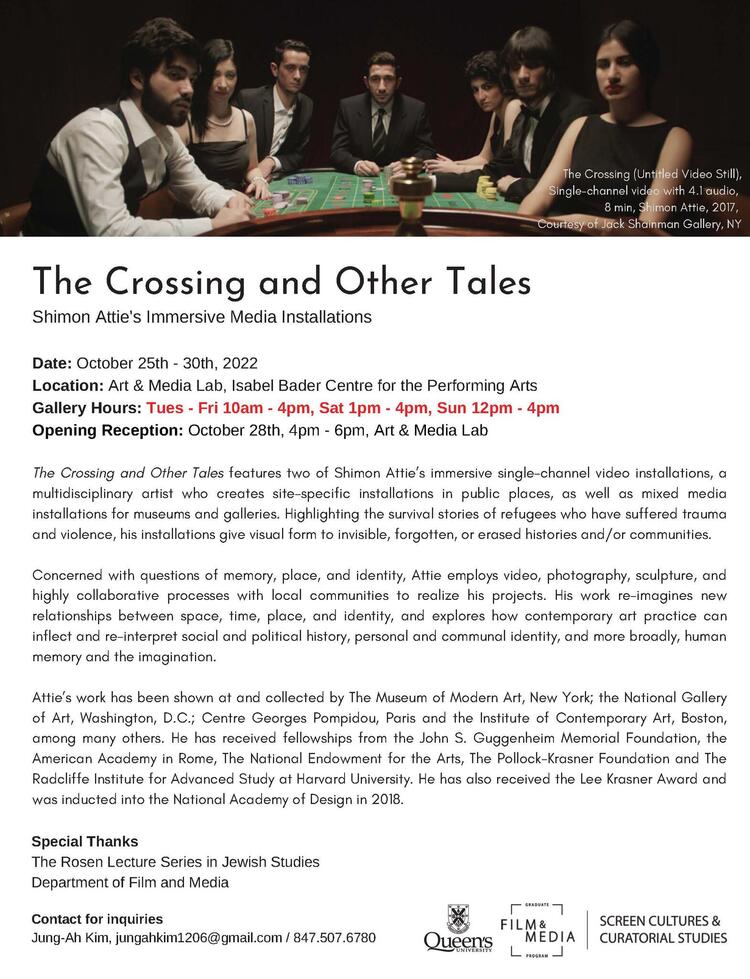 The Crossing and Other Tales, Shimon Attie's Immersive Media Installations

The Crossing and Other Tales features two of Shimon Attie’s immersive single-channel video installations, a multidisciplinary artist who creates site-specific installations in public places, as well as mixed media installations for museums and galleries. Highlighting the survival stories of refugees who have suffered trauma and violence, his installations give visual form to invisible, forgotten, or erased histories and/or communities.

Concerned with questions of memory, place, and identity, Attie employs video, photography, sculpture, and highly collaborative processes with local communities to realize his projects. His work re-imagines new relationships between space, time, place, and identity, and explores how contemporary art practice can inflect and re-interpret social and political history, personal and communal identity, and more broadly, human memory and the imagination.

Attie’s work has been shown at and collected by The Museum of Modern Art, New York; the National Gallery of Art, Washington, D.C.; Centre Georges Pompidou, Paris and the Institute of Contemporary Art, Boston, among many others. He has received fellowships from the John S. Guggenheim Memorial Foundation, the American Academy in Rome, The National Endowment for the Arts, The Pollock-Krasner Foundation and The Radcliffe Institute for Advanced Study at Harvard University. He has also received the Lee Krasner Award and was inducted into the National Academy of Design in 2018. 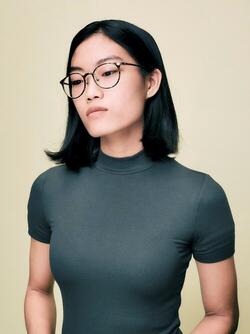 Creating Independent Cinema in Canada: A Conversation with Carol Nguyen

Carol is one of Canada's top emerging filmmakers. She is the guest filmmaker for FILM 257 (Concept Development) this semester. Please join via Zoom; there are two one-hour sessions in the morning and afternoon. All are welcome.

Carol's website where her films may be viewed: https://carolnguyenfilms.com/films

(Don't miss her much-lauded student films, No Crying at the Dinner Table, Facade, This Home Is Not Empty)

Carol at IDFA 2019 (transcript and video), the youngest person to give an opening night speech at the world's most important documentary festival: https://www.idfa.nl/en/article/130575/read-carol-nguyens-speech-from-opening-night?fbclid=IwAR181rd8xx81pwUiyG0erHlBdjlqjbwewg_a7gELfGJ5evu8WHM2oJwOStY

Carol Nguyen is a Vietnamese Canadian filmmaker, born and raised in Toronto, now based in Montreal. Her films often explore the subjects of cultural identity, silence and memory. Her latest film “Nanitic” premiered at the Toronto International Film Festival 2022, where it was awarded the IMDBPro Share Her Journey Award for Best Canadian Short Film. Her previous film, “No Crying at the Dinner Table,” received the Jury Prize for Short Documentary at SXSW in 2020 and had its international premiere at IDFA 2019. Carol is a 2021 Doc Accelerator Program Fellow and an IDFA Space Project 2022 participant for her project “The Visitors.” Today, Carol is writing and directing several projects, including two feature films as well as an animated short. She is a graduate of Concordia University and has been winning prizes for her films since high school. Her works encompass all genres of fiction, documentary, experimental, and animation. 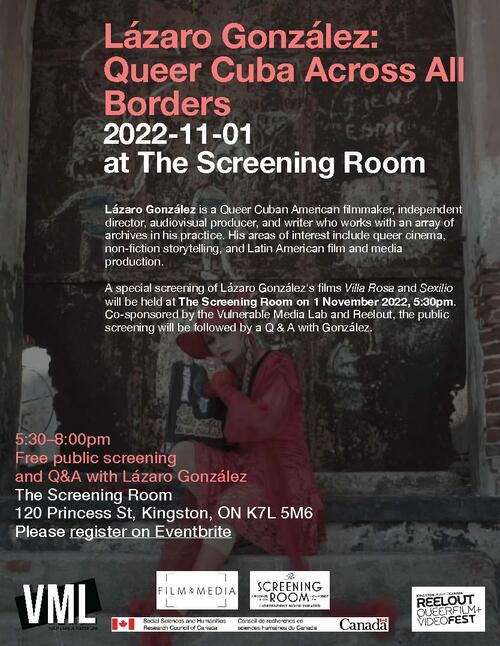 The Vulnerable Media Lab is thrilled to announce and honoured to host visiting artist-in-residence, Lázaro González, from 24 October–7 November. González is a Queer Cuban American filmmaker, independent director, audiovisual producer, and writer who works with an array of archives in his practice. His areas of interest include queer cinema, non-fiction storytelling, and Latin American film and media production.

A special screening of select Lázaro González's films will be held at The Screening Room on 1 November, 5:30pm. Co-sponsored with reelout, the public screening will be followed by a Q & A with González.

The two films he will show are:

Villa Rosa (2016, 50 min, Cuba, Span. with Eng. subtitles): Caibarien was one of the most prosperous Cuba fishing villages. Now their progress seems due, rather, to the LGBTI activism of many of its inhabitants.

Sexilio (2022, in progress, 60 min, USA-Cuba, Span. and Eng. with Eng. subtitles )
In 1980, thousands of queer Cubans were expelled from their country during the Mariel boatlift. On the other side of the sea, the possible freedom was also vexed by racism, homophobia, resettlement issues,  and the AIDS epidemic. Making a film becomes later a pretext for another queer immigrant to create an archive of those experiences, and to question the unbearable traumas of being in sexile. 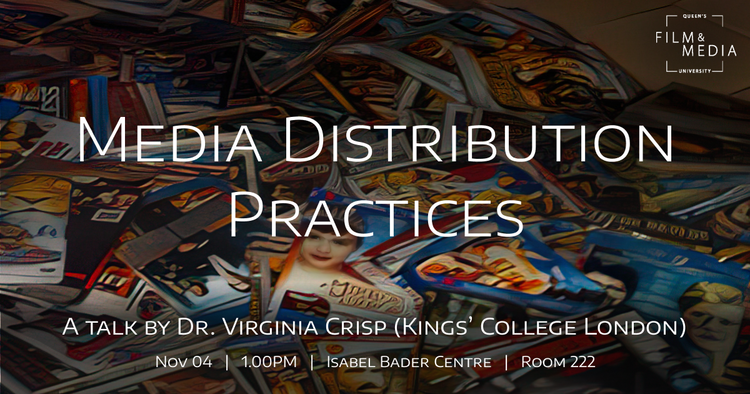 A talk by Dr. Virginia Crisp

Dr Crisp will provide a brief introduction to her main academic passions, researching media distribution and co-chairing the international research network, Besides the Screen. In doing so, she will discuss her longstanding interesting in exploring the intersections and overlaps between formal and informal media distribution as well as discussing her more recent conceptual framing of in/formal distribution activities as a form of ‘gatekeeping’. She will also discuss the history and upcoming activities of the Besides the Screen Network and its continuing aim to push the boundaries of screen studies into ever more trans/multi/inter disciplinary, multi-practice and inter-industry activities.

Dr Virginia Crisp is Reader in Media Industries and Cultures at King’s College, London. Virginia’s research spans three interconnected areas: distribution studies, championing multi/trans/interdisciplinary research, and media industry studies. Her first monograph, Film Distribution in the Digital Age (2015) provided a sustained critical examination of the symbiotic relationship between both formal (industry-led) media distribution and informal circulation (piracy). She is currently in the process of writing a book on media piracy with Paul McDonald, due to be published with Polity in 2024. Virginia is the co-founder (with Dr Gabriel Menotti) of the Besides the Screen Network, a network that brings together academics, filmmakers, artists and industry professionals from across the globe to consider the transformation of audiovisual media practices. Virginia is currently the Deputy Head of the Department of Culture, Media and Creative Industries at King’s College, London, which is a vibrant, research-led department that approaches a new subject area with traditional academic rigour. 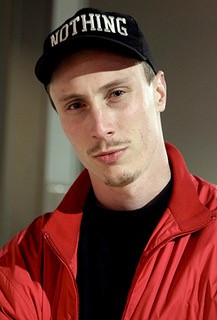 10 Bath Rd (across from Canadian Tire)

Queen’s University Department of Film and Media and documentary filmmaker Theo Anthony invite you to spend an evening playing the classic American sport of ten-pin bowling. Theo will teach workshop attendants the strategies and techniques needed to succeed and prepare them with a toolkit that can be applied both in the lanes, and out.

An exploration of the shared histories of cameras, weapons, policing and justice. As surveillance technologies become a fixture in everyday life, the film interrogates the complexity of an objective point of view, probing the biases inherent in both human perception and the lens.

*Five (5) free spots available that can be obtained by Queen’s students through the bursary option on Agnes’ website.

Starting with the “anatomy of a scene,” Theo breaks open one of his scenes, giving participants a window into how he makes creative decisions, his preparation, references and research. Participants take part in an activity to jumpstart ideation and consider how to take a conceptual idea and work it towards concrete manifestation—whether that be a film, piece of writing or material object.

Theo will screen his ESPN 30 for 30 commissioned short film Subject to Review (2019) and then talk about how he moves from the research phase into actualization. This speed run will focus on organizing research material and forming an argument/concept. 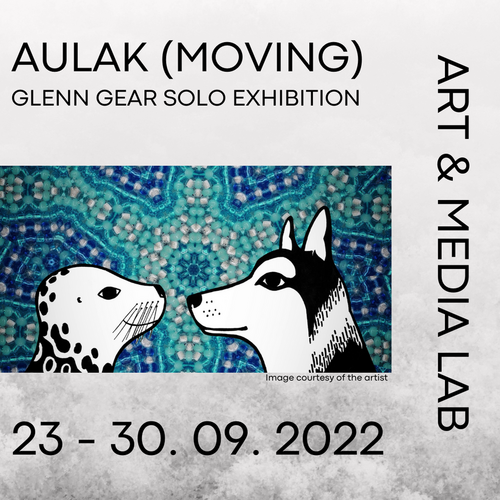 Thanks to the VP-Research Artist-in-Residence Fund and to the Faculty of Arts and Science EDII Fund for supporting this important initiative. 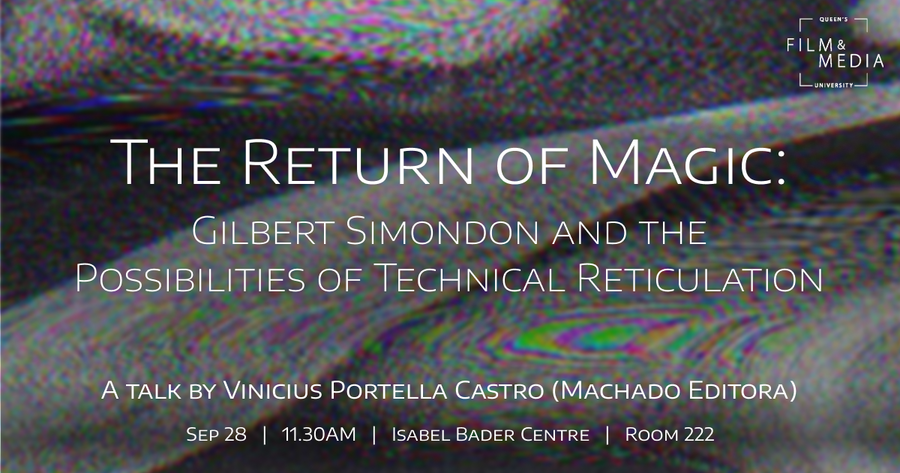 THE RETURN OF MAGIC: GILBERT SIMONDON AND THE POSSIBILITIES OF TECHNICAL RETICULATION

The French philosopher Gilbert Simondon strangely proposed in 1958 that magic could come to exist again under modern technical networks. What could he have meant by this? This talk will explore Simondon’s cryptic suggestion both by presenting his triphasic theory of culture, in which magic is the first genetic (or rather ontogenetic) condition of culture and collective action, and by discussing a few contemporary instances of digital conjuring, both in art and in politics.

Vinícius Portella is an author, editor and independent researcher born in Brasília and based in Rio. He holds an MA from Dartmouth College and a PHD from Rio de Janeiro State University, both in comparative literature. His two areas of research are mythology and media theory, but lately his focus has been on the work of Gilbert Simondon and the concept of rhythm. His criticism has appeared in the LARB and revista Piauí and his academic articles have appeared in several journals inside and outside Brazil. In 2017 he published the novel "Procedimentos de Arrigo Andrada". He is also an editor and co-founder of Machado Editora. 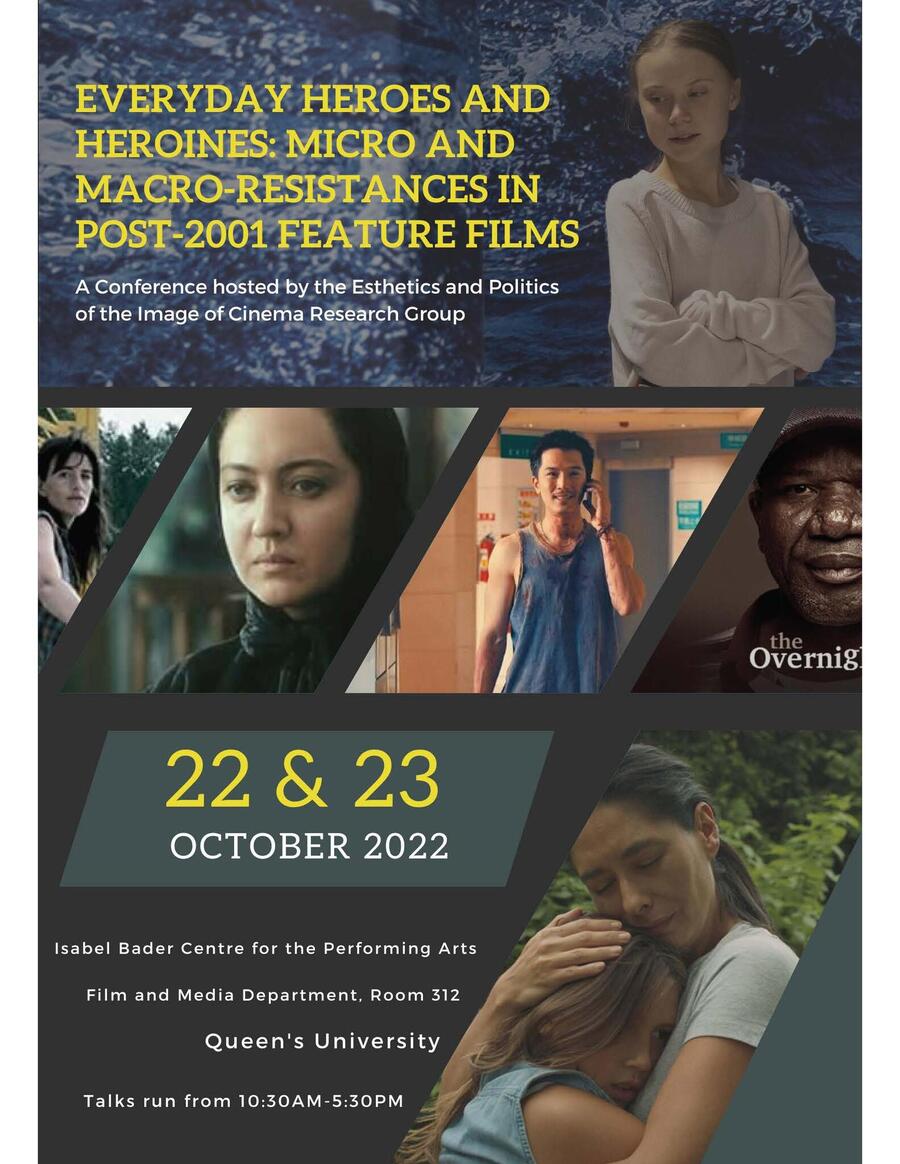 This Event is not open to the Public.

Check Out Some of our Community Events Calendars

Click on the Images below for direct links to what is going on in Kingston! 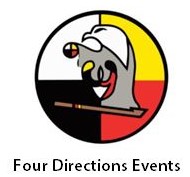 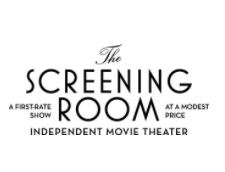 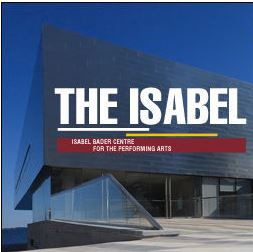 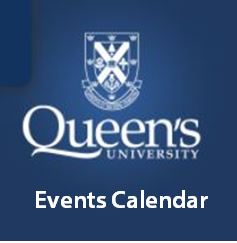 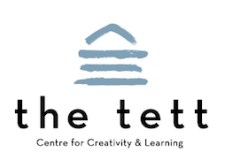