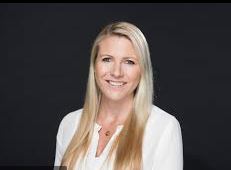 As of January 2022, Ashley Rice has joined as the President & Co-Managing Partner of Cinespace. Cinespace specializes in the development, management and operation of studio space and support facilities for the film, television and digital media production industry. Cinespace represents the second-largest independent sound stage platform in North America and most recently has acquired a majority stake in Germany’s Studio Babelsberg.

Ashley’s role at Cinespace encompasses overall daily management of the business and focuses on client and government relations, marketing/PR and Cinecares an arm of Cinespace that is devoted to empowering Chicago residents from underserved communities on the west and south sides through education and job training in Film & TV.

Prior, Rice served as the Vice President of Production at ABC Studios where she managed all aspects of production on a variety of series for Shonda Rhimes and Mark Gordon (Grey’s Anatomy, Private Practice, Scandal, Criminal Minds: Suspect Behavior) as well as many other pilot and series productions.

Rice has also worked as a Production Executive at HBO where she was a part of series such as Carnivale and Entourage.

Ashley is a member of the Producers Guild of America, the Academy of Television Arts & Sciences, and Women in Film. Rice hails from Toronto, Canada and currently resides in Los Angeles with her husband and two sons, Thomas and Henry who love baseball.