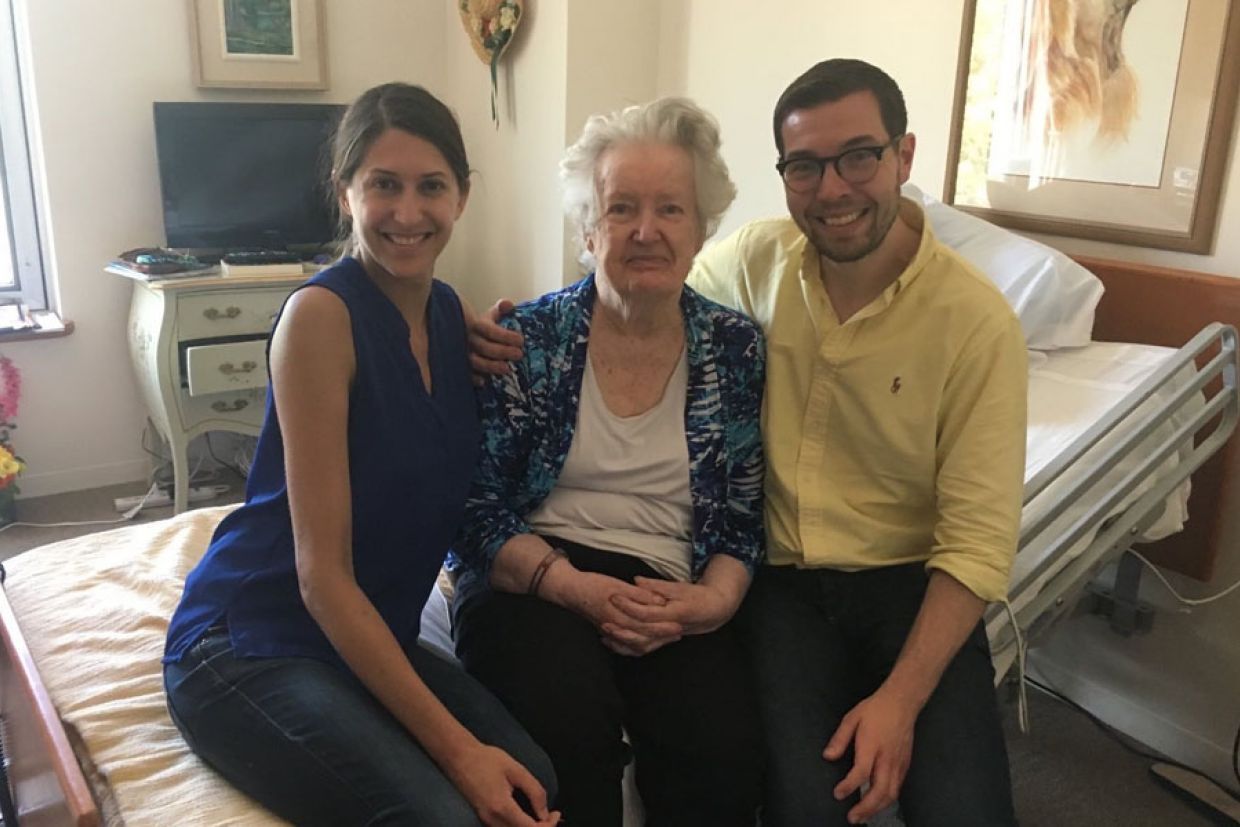 Building connection one link at a time

When David Kepes, Artsci’11, approached the management team of the long-term care facility where his grandparents resided during the preliminary stages of the COVID-19 pandemic, he came with a plan. He could have never imagined that plan, to video chat with residents, would lead to the success of CompanionLink.

Kepes, co-founder and chief executive officer of CompanionLink, is thrilled to have hired the organization’s first full-time employee, which will dramatically improve the company’s capacity to serve socially isolated seniors.

The volunteer program is a creative solution to a growing problem. According to the International Federation on Ageing, social isolation has become a significant issue facing seniors in Canada, with as many as 30 per cent of Canadian seniors at risk of becoming isolated.

CompanionLink’s solution is to match socially isolated seniors with vetted and trained volunteers, who have committed to making one weekly call for at least six months. The calls often begin over the phone and over time evolve to video chats. The organization is also piloting a variety of call activities including crafts and online games such as chess.

The response to the program? As a past volunteer, Kepes has seen the impact of the program firsthand.

“The response has been incredibly positive. Anecdotally, it’s been extremely rewarding.”

The organization is also conducting ongoing research to quantify its impact. Using the University of California, Los Angeles Loneliness Scale, the team began a study in early 2022 by asking participants “how lonely do you feel?” With plans to return to the question at regular intervals, the early returns have been overwhelmingly positive.

“We’ve seen a 39-per-cent decrease in the reported feelings of loneliness. We’ve been told by participants that the volunteers have become an important part of their life and that they’re feeling less lonely. I think that’s one of the things I’m most proud of and it validates that we’re on the right track and this is effective.”

Kepes credits his time at Queen’s with supplying a framework for critical thinking that influenced his approach to supporting an aging population but also for fostering the type of connection CompanionLink looks to create for participants.

“I was very involved during my time at Queen’s and that connected the dots for me. I love Queen’s as a community, and it's always been natural for me to get involved in my community and mobilize people. That type of service has always been an immensely powerful motivator for this project.”

Note: THis article originally appeared on the Queen's Alumni website.