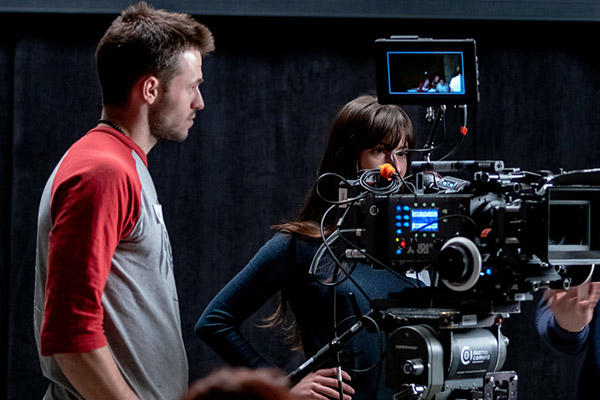 The Department of Film and Media is marking its 50th anniversary and is hosting a celebration April 5-7 that will bring together faculty from the past and present, alumni, and current students at the Isabel Bader Centre for the Performing Arts.

Starting off as the Department of Film Studies in 1969, there has been monumental change as the department has had to keep up with the ever-evolving field, points out Blaine Allan, a professor who has taught in the department since 1980 and is an alumnus himself (Artsci’76).

Early on, Dr. Allan points out, the department primarily focused on cinema before branching out to other media forms such as television and advertising. In recent years, the pace of change has increased exponentially – the internet and social media, podcasts and Netflix – and the department has had to keep pace.

“Change happens extremely quickly so we’re dealing with the contemporary media world, but we’re also dealing with a continually changing view of the media world up until that point,” he says.

As an example access to a motion picture camera once kept filmmaking a relatively exclusive endeavour, but now practically everyone now has the ability to ‘make movies’ with their cellphone.

While technology may change, over the department’s five decades the focus has always been on the student learning experience, providing a solid foundation as they move forward with their studies and future careers.

“Peter Harcourt, the founder of the department, was an academic and a critic, but once he got here he also started producing documentary films through the department,” Dr. Allan says. “As the department established itself he acquired and made sure there was filmmaking equipment – cameras, editing facilities – and felt very strongly that students should not only watch films but have an acquaintance with how movies are made, even at an elementary level.”

The result is graduates such as Peter Raymont (Artsci'72) and Brigitte Berman (Artsci'71, Ed'72) who have gone on to award-winning filmmaking careers.

Sharing and comparing these experiences will be a key element of the anniversary celebrations. A number of events will bring together alumni and faculty from the past with current students and faculty members.

“I think one of the best things that we can do is put alumni in situations where they can have contact with our current students. They can learn something from their predecessors, and the alumni can learn a lot from their counterparts,” Dr. Allan says, pointing to a presentation of senior projects as an example. “I think that should be really interesting and I hope eye-opening all around.”

Another highlight is a ‘Greatest Hits’ program put together by retired faculty members Professor Emeritus Clarke Mackey and Derek Redmond that will feature memorable student projects from over the years.

Note: This article was originally written by Andrew Carroll in the Queen's Gazette.