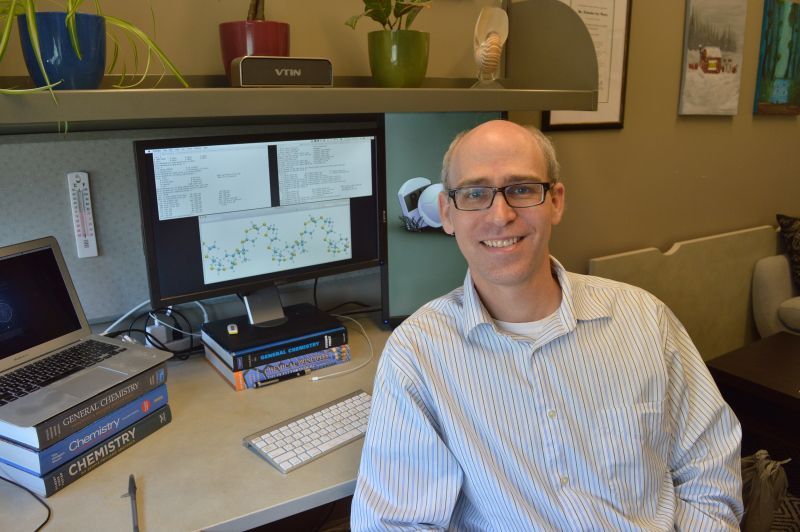 Dr. Nicholas Mosey, Associate Dean (Research) in the Faculty of Arts and Science (FAS), has been appointed as Deputy Provost (Academic Operations and Inclusion), effective July 1, 2022. Dr. Mosey will hold this position on an interim basis while Deputy Provost Teri Shearer serves as interim Provost and Vice-Principal (Academic).

In this role, Dr. Mosey will work closely with the senior leadership team at Queen’s to advance the university’s academic, operational, and budgetary goals, including overseeing academic appointments, directing the Office of Planning and Budgeting, and chairing several senior university committees. He will also advance the university’s commitment to diversity and inclusion in partnership with several units across campus, including the Human Rights and Equity Office, the Office of Indigenous Initiatives.

“Dr. Mosey will bring his keen ability to build relationships across multiple departments to the Office of the Provost,” says Mark Green, Provost and Vice-Principal (Academic). “Dr. Mosey demonstrates a leadership style that is inclusive and thoughtful. We look forward to welcoming him to the office and are thankful for his willingness to accept this new role.”

Dr. Mosey was appointed to his current position in 2018, a year after serving as the Acting Associate Dean (Graduate Studies and Research, Science) for the Faculty of Arts and Science. As Associate Dean (Research), Dr. Mosey facilitates the intensification of research within FAS in addition to coordinating and guiding strategic research activities. He also supports researchers in securing funding and obtaining research awards.

In 2008, Dr. Mosey joined the Queen’s Department of Chemistry as an Assistant Professor, later earning a tenured position in 2014. He was promoted to full Professor in 2019. Dr. Mosey served as his department’s Graduate Coordinator, first-year Chemistry Coordinator, and Associate Chair of the Faculty’s Graduate Council, among other roles.

Dr. Mosey earned his BSc and PhD from the University of Western Ontario and completed his Post-Doctoral Fellowship at Princeton University in the Department of Mechanical and Aerospace Engineering.