The Government of Ontario recently announced the results for the sixteenth round of its Early Researcher Awards (ERA), which provide early-career scholars across the province with funding to build research teams. Four Queen’s researchers received $100,000 each to structure programs that will investigate topics in machine learning, agriculture, astroparticle physics, and natural products.

“Support for researchers in the early stages of their careers is critical for building strong research teams," says Nancy Ross, Vice-Principal (Research). "Thanks to programs such as the ERA, our researchers have the tools they need to further explore research questions important to Ontarians."

“Better understanding cancer progression is the first step toward developing targeted approaches to interrupt this devastating stage of the disease,” says Simpson, who is also the director of the Queen’s Centre for Health Innovation. As cancer is one of the leading causes of death in Ontario, this program is key to optimize treatment pathways and improve patient outcomes, reducing both the human death toll and the financial burden on the health care system. 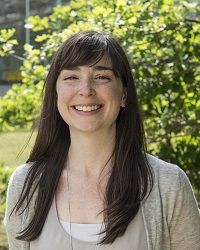 The health of Ontario crops is the focus for Jacqueline Monaghan, Canada Research Chair in Plant Immunology and assistant professor in the Department of Biology. “Microbial diseases and pests place major constraints on agriculture and have significant economic and social impacts,” she explains.

While farmers tend to battle crop diseases with pesticides, there might be environmental-friendlier solutions, like genetically engineering crops that are resistant to disease. Monaghan’s team will investigate plant immunology in species that are particularly relevant for Ontario’s agriculture, like soybeans. 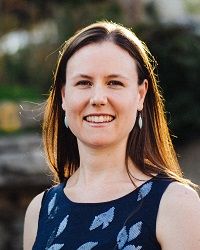 Avena Ross, Queen’s National Scholar in Chemical Biology and Medicinal Chemistry and associate professor in the Department of Chemistry, is interested in the therapeutic potential of molecules produced by marine bacteria. “Natural products, that is, chemical compounds or substances produced by a living organism, have long been an excellent source of drug leads, however, their discovery has been hampered by their limited production under laboratory bacterial cultivation conditions,” says Ross.

Ross’ team will develop laboratory cultivation conditions to mimic the native habitat of Pseudoalteromonas, a family of marine bacteria. Their program could lead to the discovery of new molecules to treat bacterial infections, addressing the global challenge of antibiotic resistance, as well as establishing a platform to advance the broader field of bioactive natural product discovery for drug development.

Unveiling the mysteries of the universe 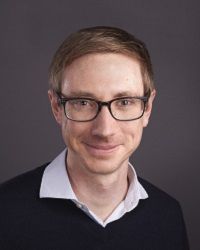 Understanding the nature and properties of dark matter – the mysterious matter that forms 85 per cent of the Universe – is the goal of Aaron Vincent, assistant professor in the Department of Physics, Engineering Physics and Astronomy and member of the Arthur B. McDonald Canadian Astroparticle Physics Research Institute.

“While significant experimental efforts are underway to detect dark matter in underground experiments, the first hints of its nature may come to us from astronomical observations of a billion stars by the Gaia satellite,” Vincent explains. His team will perform theoretical calculations of the small but measurable effects of dark matter on the Sun and other Sun-like stars, in the hope of discovering dark matter’s true nature.

For more information on the Early Researcher Awards, visit the website.