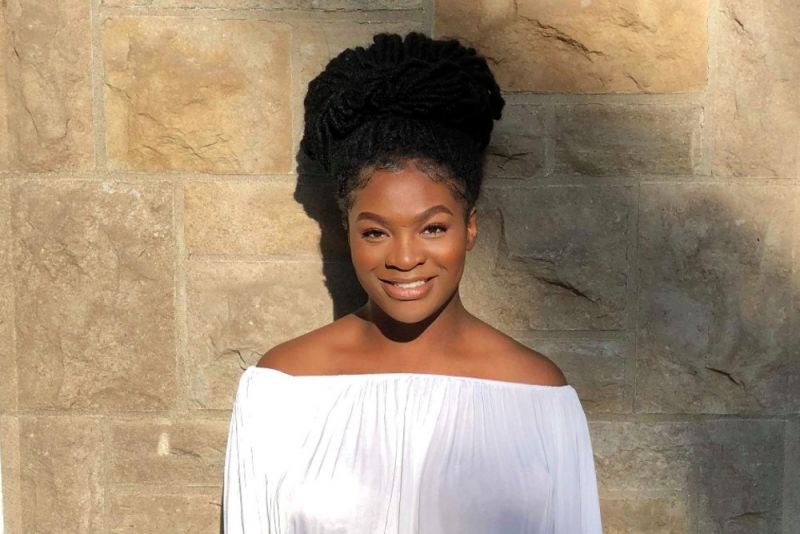 After a rigorous six-month scholarship application process, including two rounds of interviews, Queen’s student Nicole Osayande (BCmp’21) has been named one of 20 Canadians chosen as inaugural McCall MacBain Scholars. The scholarship enables students to pursue a fully funded master’s or professional degree at McGill University while connecting with mentors and participating in an intensive leadership development program. It is the country’s first comprehensive leadership-based scholarship for master’s and professional studies.

More than 735 people applied for the McCall MacBain Scholarships, 132 participated in regional interviews with local leaders in November, and 50 were invited to final interviews in March. Scholars were chosen based on their character, community engagement, leadership potential, entrepreneurial spirit, academic strength, and intellectual curiosity.

“Opportunities to practice leadership have been a highlight of my time at Queen’s, and they have led me to the McCall MacBain Scholarships,” says Osayande. “The fact that it is leadership-based, and I'll be able to explore my passion project with like-minded individuals is invaluable, and I thank Queen's for giving me the platform to impact and be heard."

Osayande started the Queen’s Student Diversity Project to encourage other students of diverse backgrounds to consider applying to Queen’s, after hearing she was one of the first students in her Toronto high school’s history to attend the university. She served as president for three years, building a team of more than 30 students. Nicole also organized a campus-wide African, South American, and Caribbean culture “cook-out” for students after noticing a gap in Black history programming in residence.

“EDI (equity, diversity, inclusion) work has been a large part of my identity at Queen’s,” says Osayande. “I often struggled with feeling like my educational background wasn’t strong enough, or up to par with my colleagues. Especially growing up in Jane and Finch, I saw how my community was portrayed in the media and compounded with the stereotypes of Black people in society. I chose EDI work because that is what’s closest to home for me.”

Osayande is studying biomedical computing at Queen’s University. She worked with a professor to build software modules for a hip replacement surgery tool and held part-time and summer positions in Undergraduate Admission and Recruitment (UAR), where her contributions included data analysis and supporting the work of the UAR EDII Task Force.

“Nicole has been an exemplary member of the Queen’s community throughout her time at the university, particularly for her impassioned leadership in equity, diversity, and inclusion initiatives. We congratulate her on earning this impressive scholarship,” says Deputy Provost (Academic Operations and Inclusion) Teri Shearer.

Osayande will pursue a master’s degree in biological and biomedical engineering at McGill.

“I’m excited to explore new ways to solve medical mysteries and phenomena with computing and engineering applications,” she says. "What drew me to Queen's was its one-of-a-kind program --Biomedical Computing; and through this specialization program, I have been able to delve into my creative and innovative side in a way I never knew possible"

“The global challenges we face as a society need the energy and entrepreneurial spirit of these scholars,” says John McCall MacBain, who, together with his wife Dr. Marcy McCall MacBain, created these scholarships through a historic $200 million gift. “Through this scholarship program, they’ll have opportunities to deepen their knowledge, develop their leadership skills, and create meaningful connections that will enable them to bring about positive change. We want to congratulate these students and recognize the hundreds of candidates across Canada who were considered for this scholarship.”

The program will expand internationally over the next decade, with nearly 300 McCall MacBain Scholars selected by 2030.

Note: This story was originally published in the Gazette.