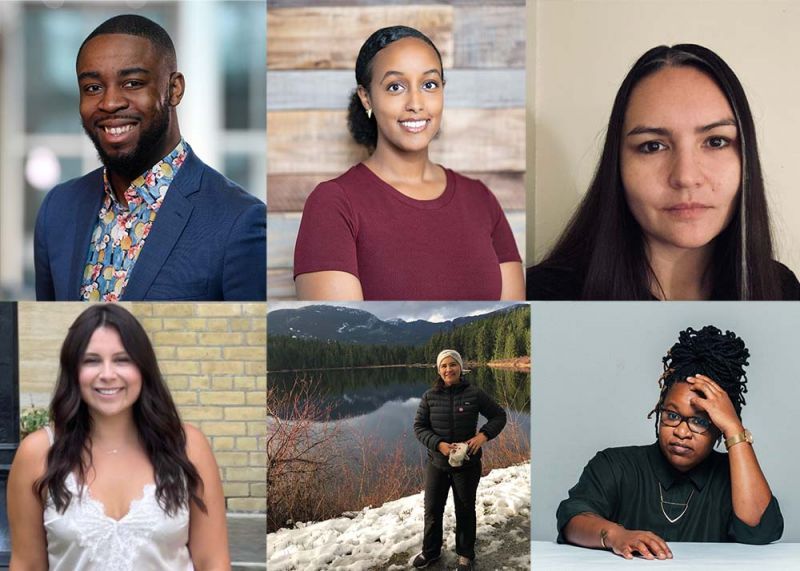 The Faculty of Arts and Science has awarded three new Pre-Doctoral Fellowships for Indigenous Students and three new Pre-Doctoral Fellowships in Black Studies. The program, which was the first of its kind in Canada, was expanded this year to support the new BA Honours Major and Joint Honours in Indigenous Studies, which was offered by the Department of Languages, Literatures, and Cultures for the first time this year, and the new BA General/Minor in Black Studies that will be offered by the Department of Gender Studies in fall 2022.

During their year at Queen’s, these six scholars will each teach a course within the Faculty of Arts and Science, broaden their networks, and complete their doctoral work to receive their degree from their home institution.

The awarding of these fellowships builds on the success of the program that launched in 2018-2019. The program supports the intellectual and scholarly development of senior doctoral candidates, initially Indigenous students and now Black Studies scholars, in ways that position them for success.

The five initial recipients of the 2018-19 Pre-Doctoral Fellowships for Indigenous Students came to Queen’s from universities from the west coast to Ottawa and represented five distinct Indigenous cultures.

The successful candidates in current (2022-23) Indigenous Studies fellowships are:

The new FAS pre-doctoral fellows in Black Studies are:

“The announcement of these six new Fellows is an expression of our commitment to equity, diversity, inclusion and indigenization (EDII). The two predoctoral fellowship programs seek to support new-generation Indigenous and Black Studies scholars at a formative moment in the completion of their doctoral studies,” says Lynda Jessup, Vice-Dean, Faculty of Arts and Science. “Please join me in welcoming our new Pre-Doctoral Fellows.”